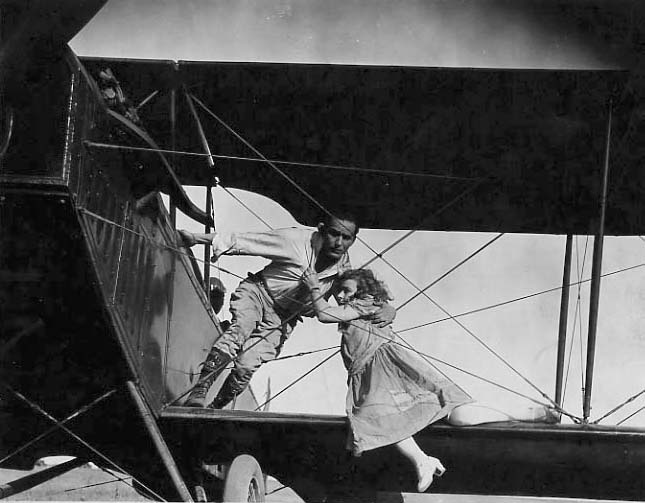 Early & rare original 8" x 10" still photo of an early 20's airplane stunt shot. The still shows a pilot trying to rescue a damsel in distress, who might be Ruth Roland, as she clings to one of the plane's wings. The airplane appears to be on the ground. Vg.