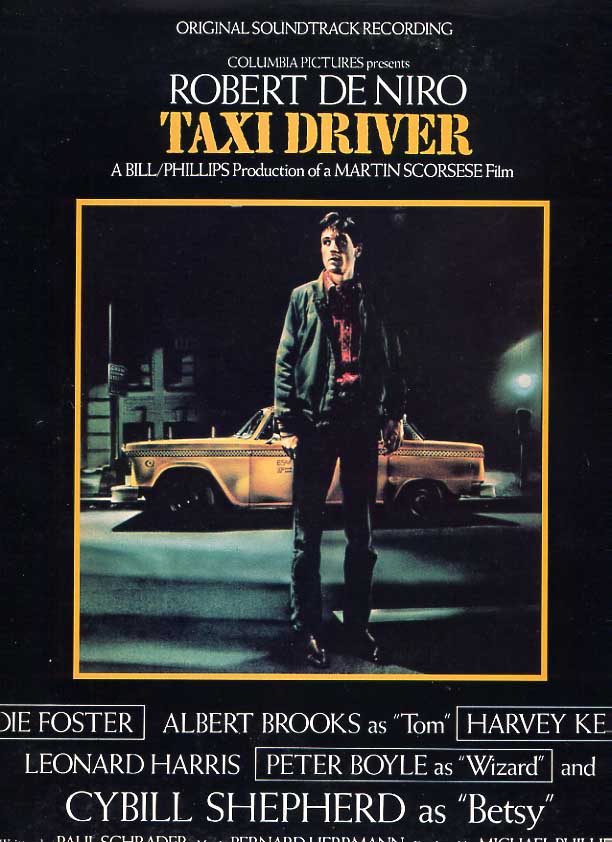 The original LP of Herrmann's last great score & one of Martin Scorsese's great films. Album illustrated with artwork portrait of DeNiro by Guy Peellaert. Color photos on the back. Sheet of recording notes in Japanese and English laid in. Small corner cut to album, which might indicate it was remainded at one time. Fine/Near fine.