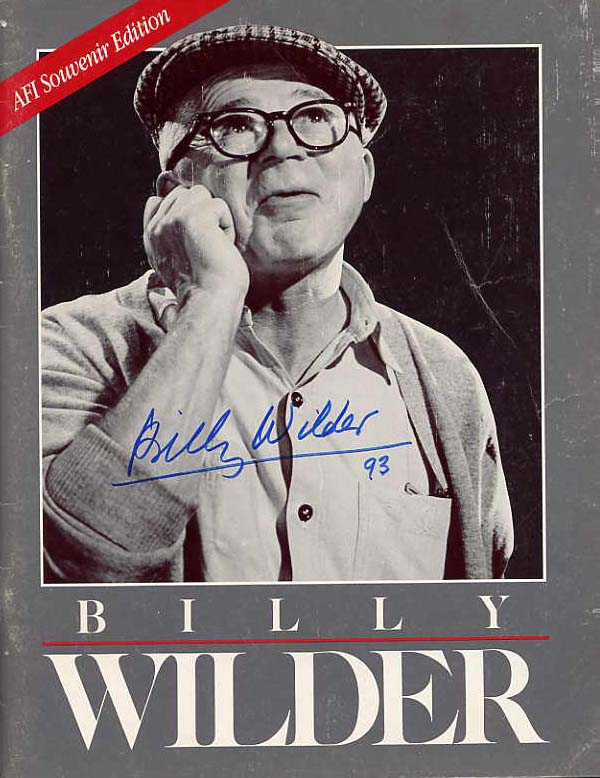 SIGNED BY BILLY WILDER ON THE FRONT COVER IN 1993. Handsome 86pg. souvernir program for the Billy Wilder tribute and award ceremony held in 1986. Illustrated with many nice stills, photos and written tributes. Light wear to the covers. Vg. Laid in are two original 8" x 10" candid stills of Wilder with Cooper, Hepburn and Chevalier on the set of "Love In The Afternoon" & Wilder on the set of "The Apartment" with Hope Holiday (soft crease to the top of this still.)