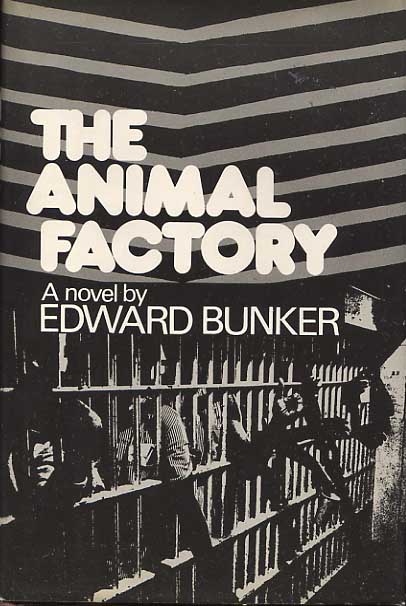 Life in Prison and the story of a young man who is sent there on a drug charge and is befriended and protected by an older con. This was Bunker's second novel about prison and cons, the first was "No Beast So Fierce" which was made into the film "Straight Time" that starred Dustin Hoffman. Animal Factory was made into a film in 2000 directed by Steve Buscemi with William DaFoe and Edward Furlong as the two prison mates. Bunker has been in and out of prisons for most of his life, and wrote the screenplays for several films including Straight Time and The Animal Factory. He has also served as technical advisor on several films and has acted in many movies over the years. Hey maybe crime does pay. Very tiny tear to the top edge of the back panel and a small discreet imperfection "dot" on the front panel. Fine/near fine.