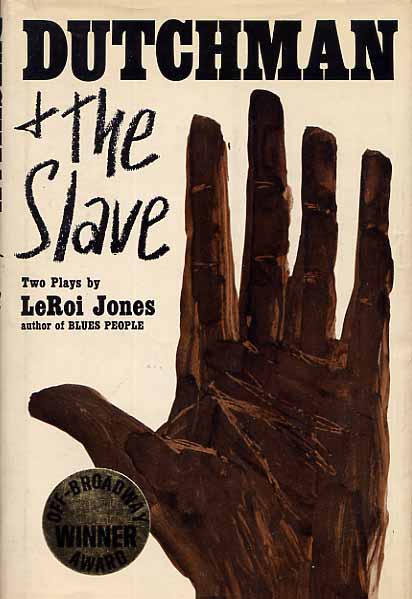 SIGNED BY AMIRI BARAKA (LeROI JONES) IN 1979. Two angry early plays by Baraka. Dutchman won Obie Award in 1963-1964 for the best Off Broadway Play. Gold sticker "Off-Broadway Winner Award" attached to the front panel of the dustjacket. Jacket design by Lawrence Ratzkin. Baraka has faced much controversary in recent years including serious charges of anti-Semitism. Some very minor soiling to the back panel of the white dustjacket. Fine/fine. Also included is a first paper edition of "Preface To A Twenty Volume Suicide Note. Published in 1961. This is a small paper with all the correct points, $1.25 price on cover and the list of Corinth book titles on the last page. Former owner's signature on title pg. and a narrow fold to one page that appears to have occured during the binding. The book is nice and clean. Sold as a collection only.