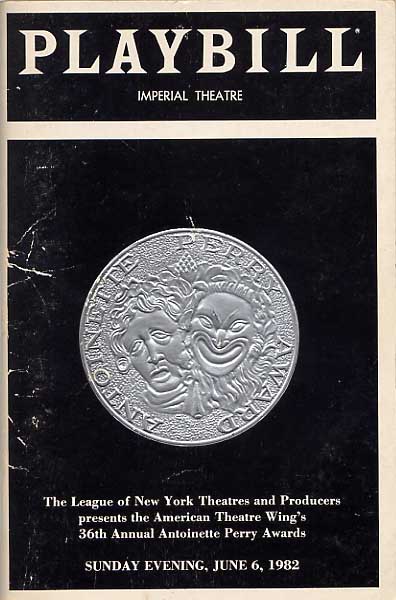 An attractive thick special ediion of Playbill Magazine for the 36th annual Tony Awards. The program includes all the nominees along with lots of photos and ads. The program HAS BEEN SIGNED BY ZAKES MOKAE & AMANDA PLUMMER NEXT TO THEIR PHOTOS. BOTH WENT ON TO WIN TONY'S THAT NIGHT. The cover has a silver embossed Tony Award. Light wear to the cover. Near fine. Uncommon.