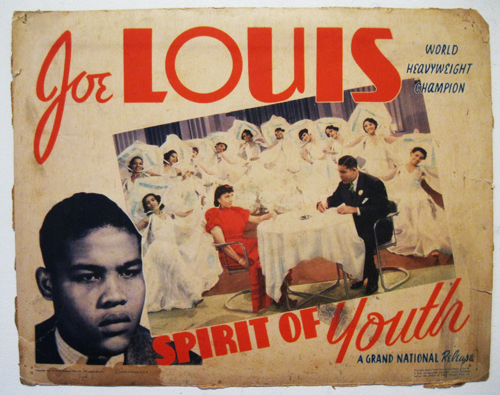 Terrific rare original 11" x 14" lobby card for a forgotten movie that starred the great world heavyweight champ Joe Louis in a fictious account of his life. The card is in full color and features a nice portrait of Louis along with a scene of him at a table in a nightclub with a beautiful woman surrounded by a bevy of showgirls. The card has some edgewear and damp stain also to the bottom edge, and a touch of soiling. Still a vg. card that would look great framed and a marvelous Joe Louis item.