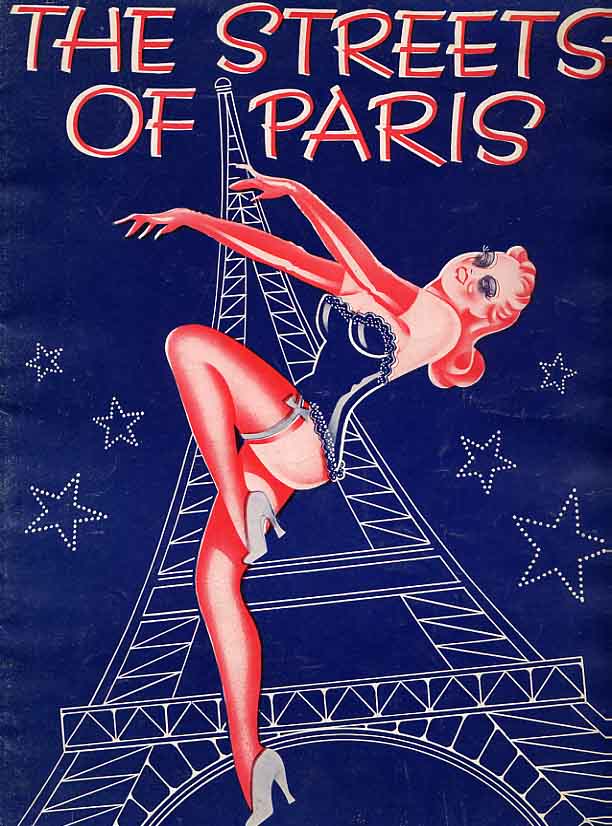 The Streets Of Paris Souvenir Program

An original rare 16pg. large souvenir program printed in red and blue for a loud and garish musical comedy revue that used to be a staple of Broadway back in the good old days. This one featured Bobby Clark, the forgotten Luella Gear and is most notable for an early appearance and Broadway debut of Abbott and Costello. Also appearing for the first time on Broadway and the USA ,was the fantastic Carmen Miranda. Also in the cast was a young dancer by the name of Gower Champion who also went on to bigger and better things. The program is illustrated with nice blue tinted portraits of the above mentioned +short bios and also is illustrated with chesecake photos of the many Broadway babes who appeared in the show. The program's covers are illustrated with terrific good girl art printed in red and blue, and the downside of all this is that there is a small damp stain to the top corner of the program that is lightly to the top corners of the pages, there is also a few small creases to the back cover, but all in all this is still a vg. copy of a rare and wonderful program.

The Streets Of Paris Souvenir Program