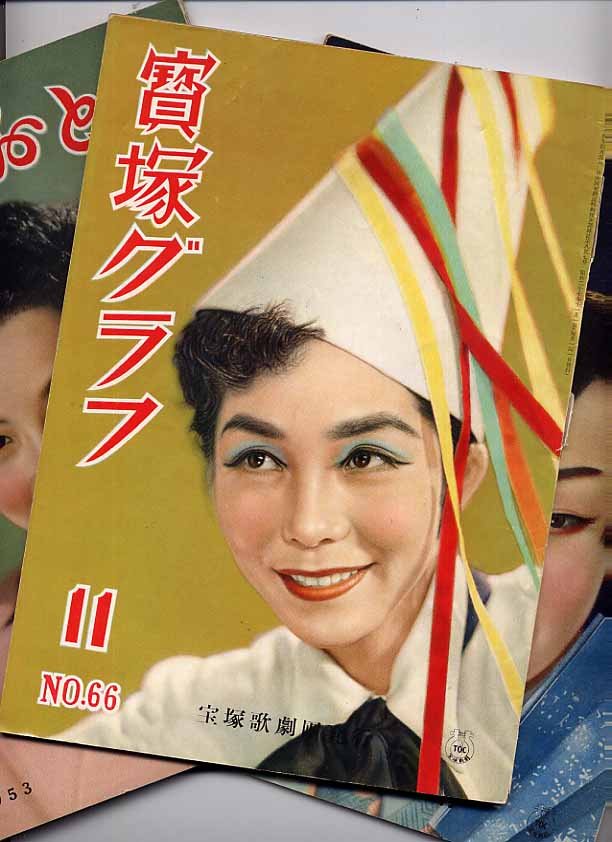 TEXT IN JAPANESE. Three rare magazines for Japanese theatrical revues that featured only women. Each magazine is well illustrated with photographs of the stars of the revues. Two of the magazines appear to be from the same theatrical company. All three have beautiful full color covers. One of the magazines have page folds due to the binding otherwise all are vg. The best example of this kind of theatrical presentation can be found in the film "Sayonara" in which Marlon Brando has a forbidden love affair with the star of the Matsubayashi Theater Revue. Since I don't read Japanese these magazines might very well be from that company.