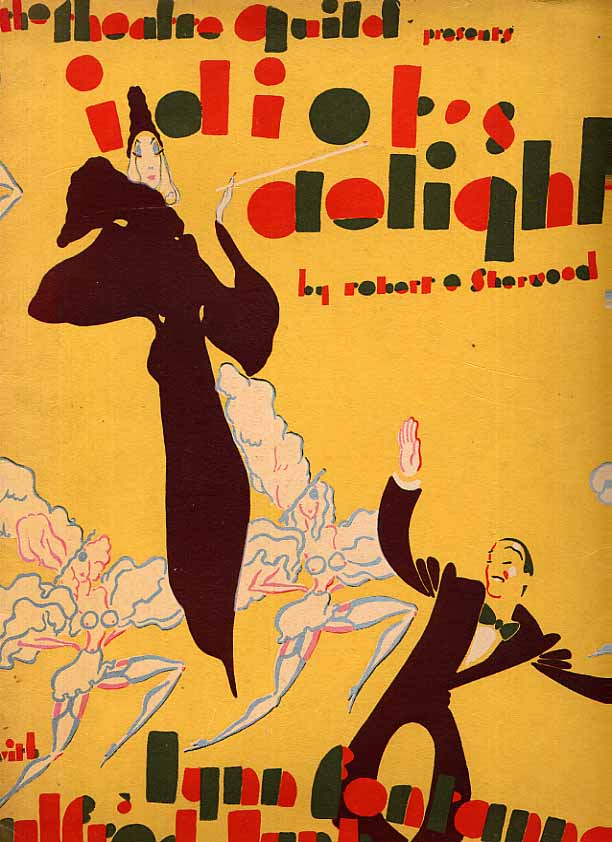 The collection include a first edition of DESIGN FOR LIVING ALFRED LUNT AND LYNN FONTAINE BY Margot Peters.The life and careers of the now mostly forgotten acting couple who ruled the theatre world during the 20's, 30's 40's and 50's. No doubt the lack of recorded material of their great performances has led to the lack of attention paid. Illustrated. Light wear to the book and dustjacket, price clipped. Vg/vg. Laid in with the book are two marvelous large souvenir programs from the beginning and the end of their careers. The first program is a 20pg. one for "Idiot's Delight. Ilustrated with beautiful art deco artwork in yellow, green, black and red on the cover, and some nice Deco touches inside. Very minute corner crease. Vg. The other program is a 16pg. b&w program for the last play that they did "The Visit." This is from the National Tour that they did in 1959-1960 to great acclaim. Ilustrated with photos , Also laid in is the playbill for the play and a small handbill. Also included is a first printing of "The Pirate" the play by S.N. Behrman that starred the Lunts. The play was later made into an unsucessful movie musical with Gene Kelly and Judy Garland. Illustrated with 3 photos from the play. The dustjacket has wear, chipping, bottom right corner of the back panel missing a piece and the spine panel also has pieces missing. Vg/good. Sold as a collection only.