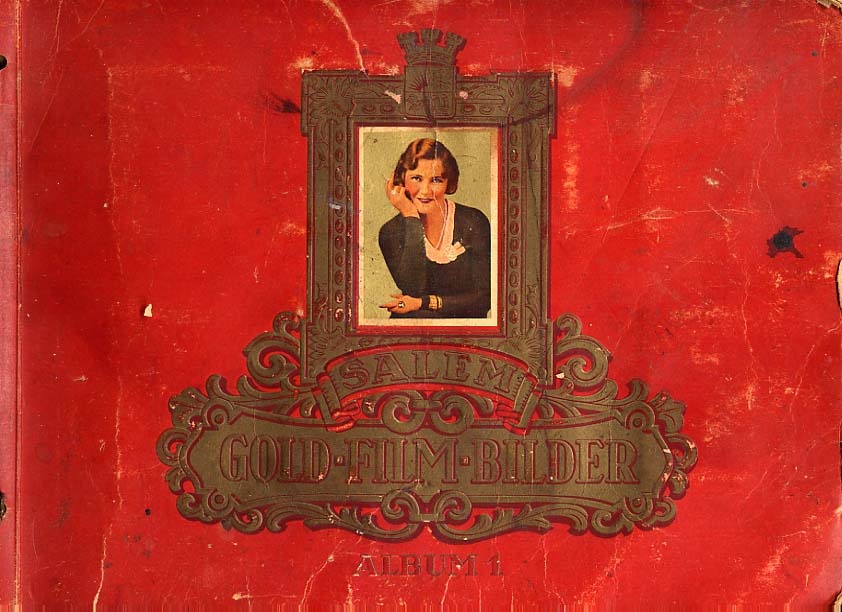 Superb rare album of full color movie star cigarette cards published in Germany from the early 30's. The album is missing 7 cards out of 180 cards that were issued. The set includes all the major Hollywood stars of the period along with the major German film stars of the day. There are also 4 large beautifully colored movie stills from German films, one of which features Peter Lorre. The bright red covers have very minute wear and very light damp staining which is lightly mirrored to the first pg. and the first tissue overlay otherwise the insides of the album and the cards themselves are vg+.