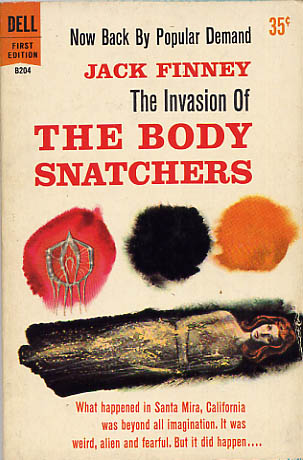 Finney's classic sci-fi novel reprinted many times. Filmed in 56 by Don Siegel,its one of the key films of the 50's. This is the first printing of the New Dell Edition. Cover painting by Richard Powers. Tiny crease to the very edge of the front cover, book store stamp and corner clipped to the first page before the title pg. and a really tiny sliver of a damp stain to the top edge which does not intrude into the book. The book appears to be unread. Near fine.