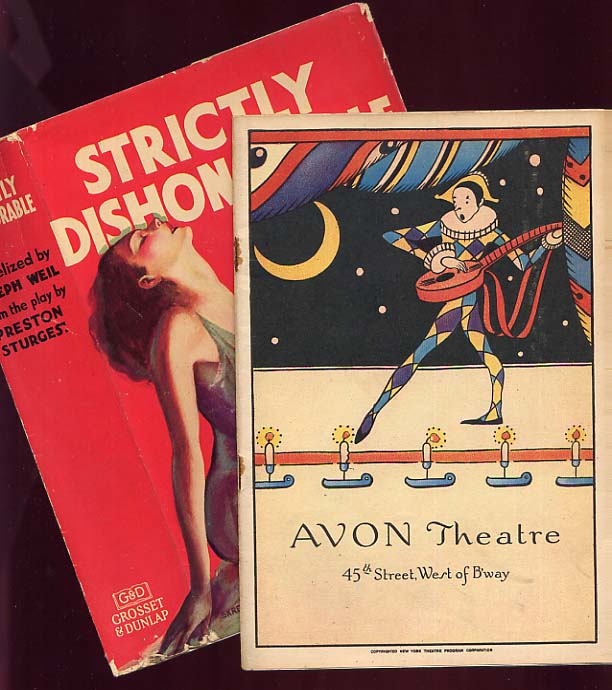 An original 52pg. small program for Preston Sturges's play "Strictly Dishonable" The play was a hit running for a run of 557 performances. Sturges of course went on to Hollywood where he wrote the screenplays (many uncredited) for many classic Hollywood films, before embarking on his brief but great turn and writing and directing his own films, many of which are classics ie The Lady Eve, Sullivans Travels, The Miracle Of Morgan's Creek etc. A film version of Strictly Dishonorable was made in 1931 but without Sturges. An interesting note about the play is that it was co-directed by Antoinette Perry for which the Tony Awards are named after. The program is illustrated with a nice Art Deco color cover along with many nice ads. One small ink notation and a touch of rust around the staples. Also included is the original dustjacket from the movie photoplay edition for the film version of the play that is illustrated with beautiful Art Deco artwork a a sexy young lady. Two rare Preston Sturges items.