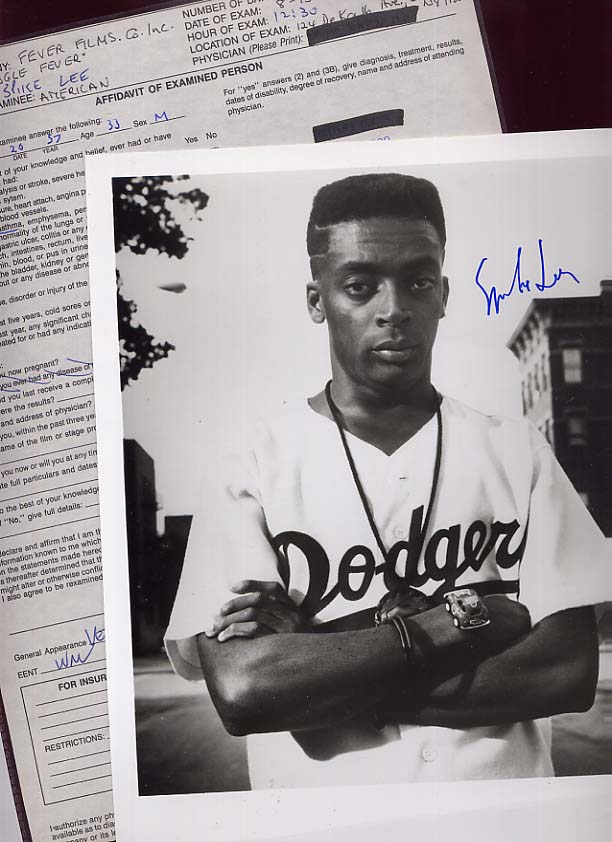 An original affidvavit of a physical examination given to Spike Lee during the filming of "Jungle Fever" in 1990. Spike Lee has siigned the document with his full original name Sheldon Lee. Rare and unusual. Also included is a reprint portrait of Lee as he appeared in "Do The Right Thing" THAT HAS BEEN SIGNED BY HIM. Light crease to the wide bottom white margin of the photo. Vg. Sold as a collection only.