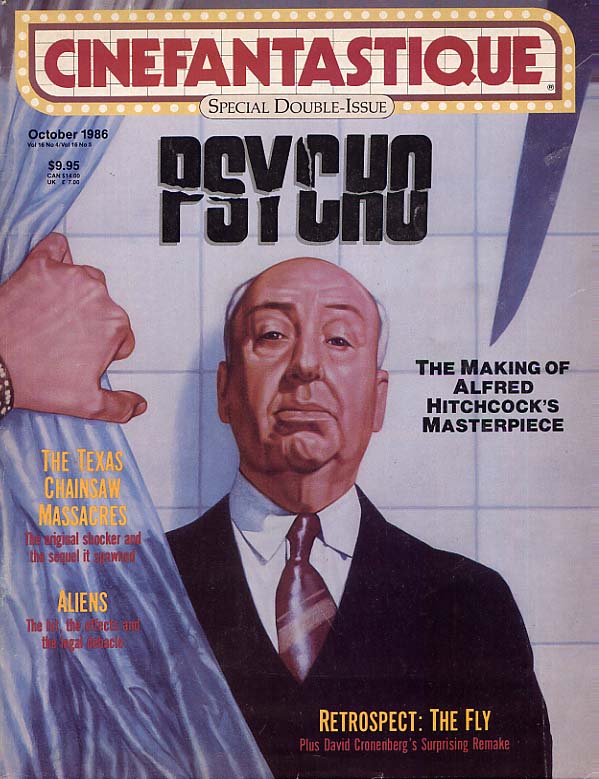 This special double issue of Cinefantastique has a 32pg. article on the story of Hitchcock's Psycho including an interview with the great title designer Saul Bass who claims to have directed the shower scene. The issue also includes pieces on Aliens, David Lynch, big piece on The Texas Chainsaw Massacres, The Fly, Jim Henson on Labyrinth and more.