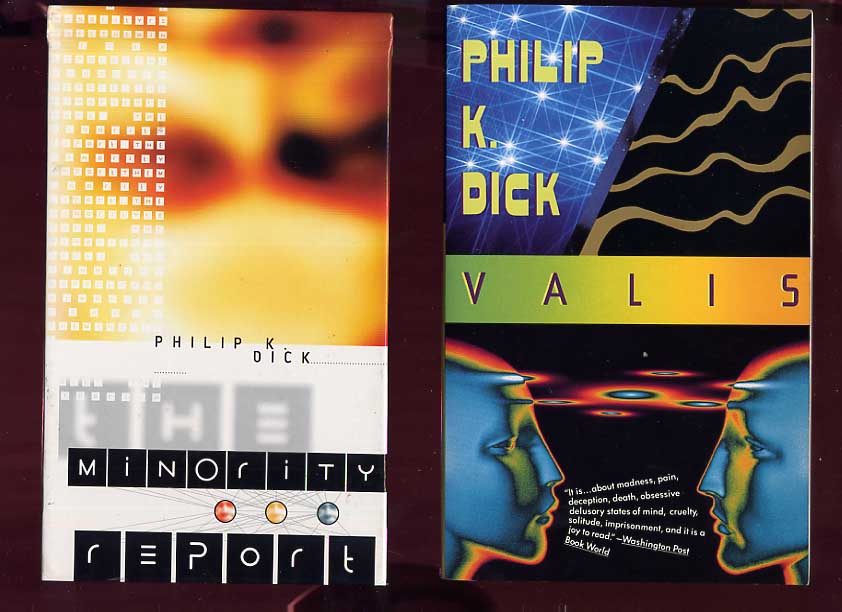 Two nice printings in fine condition of Philip K. Dick books. Valis is a later printing of the Vantage press edition, and is a pristine copy. The Minority Report is a fine first edition published by Pantheon Books in 2002 and appears to be a first edition. Designed by Chip Kidd. A nicely designed & unusual book. Made into a Steven Spielberg movie in 2002. Both books are in beautiful condition there is a faint samll line impression to the front cover of Valis. Sold as a collection only.