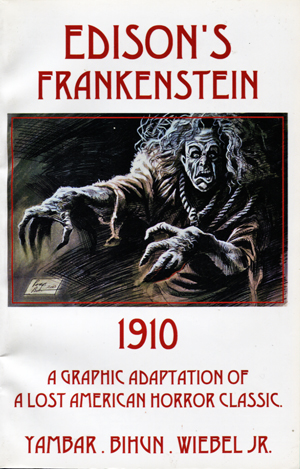 Bold black and white graphic novel adaptation of the silent film version of the classic monster story. Also includes a lot of background text on the history of the film, the players and more. Minute rippling to the left side of the cover which appears to be printed on plastic and was probably caused in the binding, the book itself including the interior is fine.