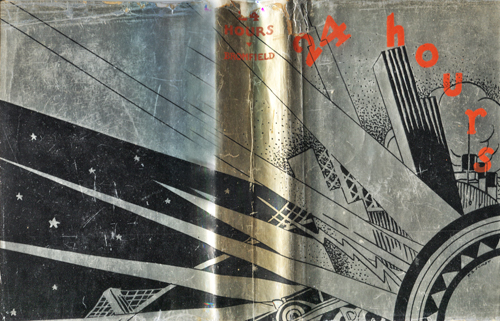 LIMITED EDITION OF 500 OF WHICH THIS IS NO. 323 AND IS SIGNED BY LOUIS BROMFIELD. Uncommon editon of this novel that has marvelous silver foil Art Deco design dustjacket along with the same design reproduced in silver foil for the front and back endsheets. The dustjacket has minor wear some chipping to the spine panel but is in vg conditon. The book is also vg+ condition. The novel was made into a play and then later into a movie that starred Clive Brook, Francis and Miriam Hopkins.
View More...