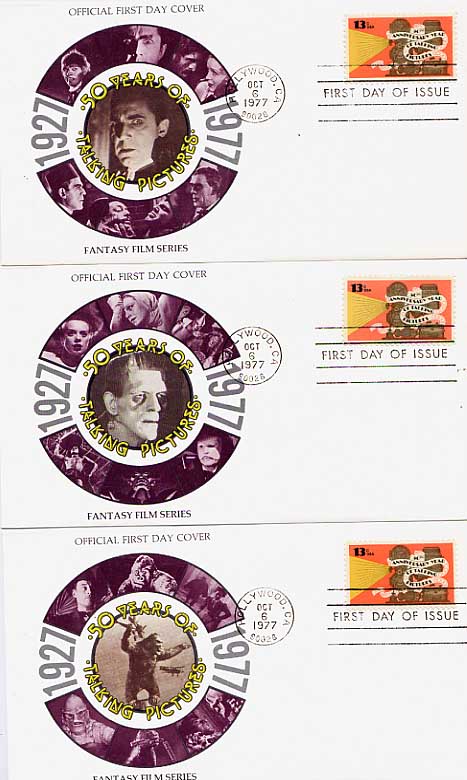 By: Menville, Douglas, Commentary By

Unusual and uncommon set of 8 commerative official first day covers consisting of cancelled commemorative stamps honoring 50 years of Talking Pictures and illustrated envelopes with ovals picturing small scenes of science fiction and fantasy films such as Star Wars, The Wolf Man, Dracula and others. Also included are 2 small nice booklets with notes on each cover along with intros. by George Pal and Ray Harryhausen. Each small booklet is illustrated with b&w stills. Published only in an edition of three thousand with this set being numbered 2254. Fine. Also included is mint unused sheet of 20 ...
View More...