By: Mondadori, Leonardo, Intro. By

TEXT IN ENGLISH. Large lavish book pub. in conj. with an exhibition on contemporary fashion in cinema with essays by a wide range of costume and fashion designers. What really makes the book though is its flashy design and look. Illustrated with many color stills, photos + short bios of costume and fashion designers. Except for a small very faint corner bump to the top of the front cover, the book is near fine.
View More... 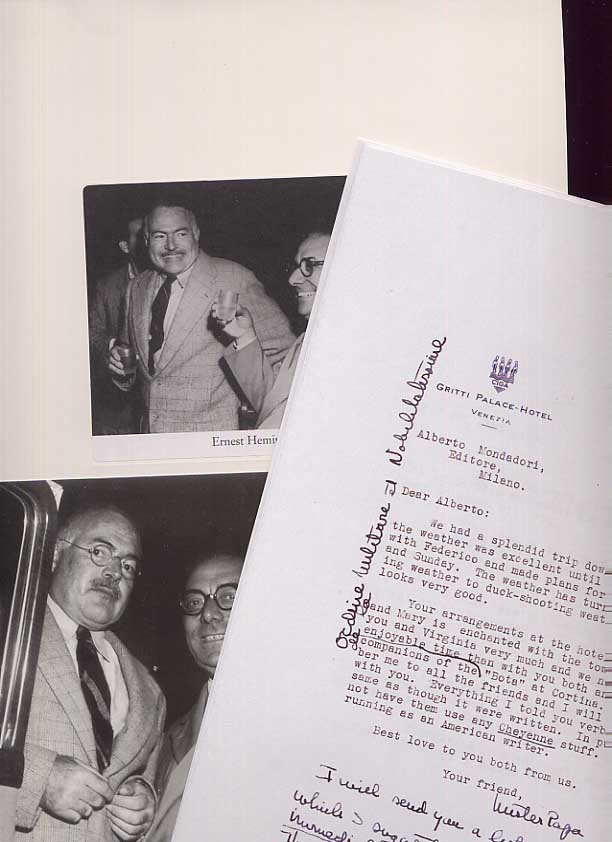 By: Mondadori, Leonardo, Intro. By

A special publication from Mondadori Publishing in Milan Italy. Published on the ocassion of their 50th anniversary in The United States and a celebration of the many important American authors that they published in Italy. The publication consists of 11 large loose folders set in a heavy cloth clamshell box with facsmile letters and other forms of correspondence from the authors to the publisher. Each cover of the folders are illustrated with author photos and several of the folders also include photos along with the letters. The 11 authors are WALT DISNEY, ERNEST HEMINGWAY, RICHARD WRIGHT, J...
View More...