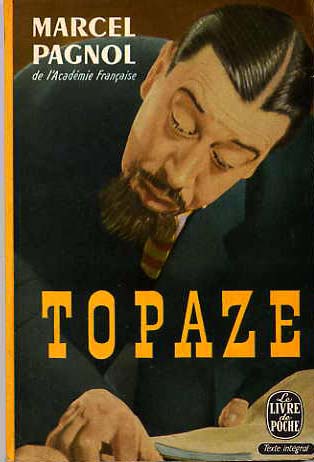 TEXT IN FRENCH. The play that was filmed in 1932 with a screenplay by Pagnol. Illus. w. photo of the lead actor. Small crease to top of front wrap which is mirrored to 1st few pgs. Small spot to front edge. Vg.
View More... 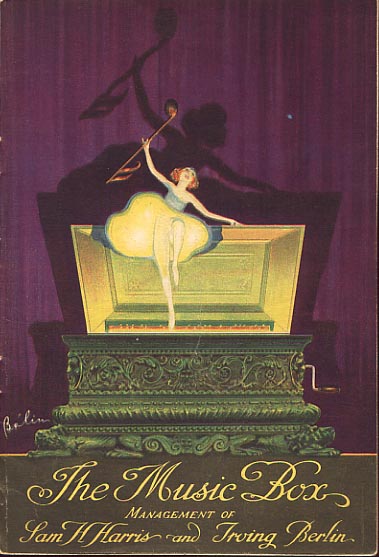 Nice small 20pg. program for the play "Topaze" that was based on the novel by Marcel Pagnol and starred the beloved character actor Frank Morgan as Topaze. The play ran for 215 performances. Morgan of course starred in many many films and is probably best known as the wizard in the Judy Garland classic "The Wizard Of Oz and he appeared in films from 1916 up to 1950. Nice art cover. Light foxing to a few pages and slight rust from the staples. Vg.
View More...