The Rise And Fall Of Legs Diamond 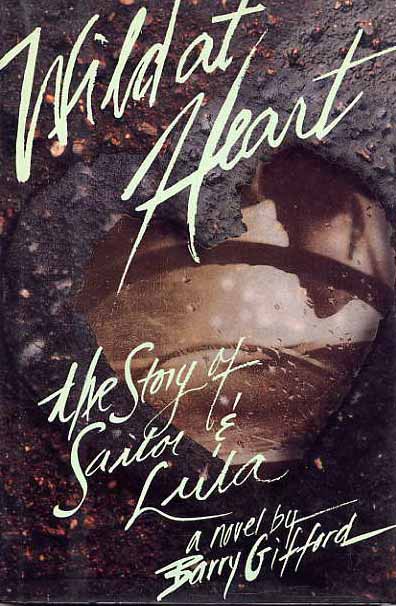 Wild At Heart, The Story Of Sailor And Lula 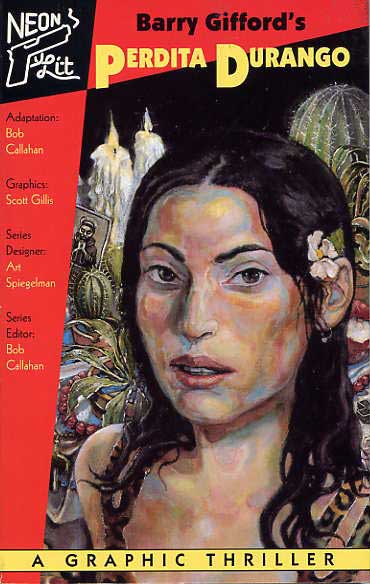 Goodis's novel originally published as "Down There" and later filmed by the great Francois Truffaut. This is the movie-tie edition that has 6 small stills on the back cover, and a nice still of Charles Aznavour with a lady friend on the front Blurb by Henry Miller. Slight minor slant to the book but overall a nice clean that appears to be unread and with the usual light browning to the cheap paper used. Also included is a nice 32pg. booklet for the dvd release of the film with essays and photos.
View More... 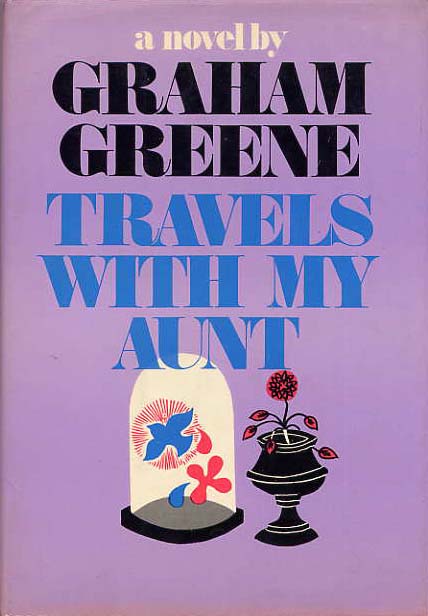 Travels With My Aunt

vg+/vg+/plastic lamination on bck. panel is "wrinkled" due to printing. Greene's romantic comic novel about a group of lovable eccentrics made into a film in 72 by George Cukor. 1st Am. ed. Binding is cl.w.dj.
View More... 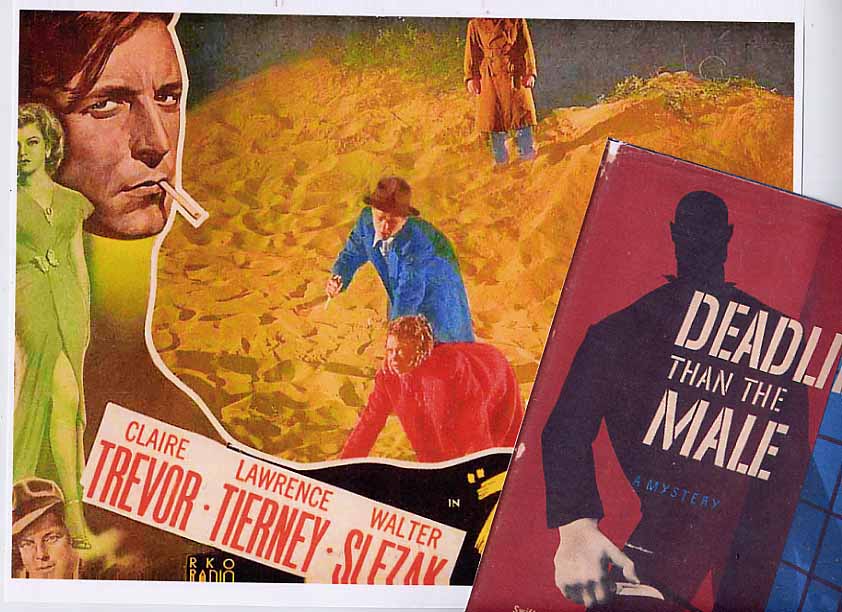 Hard boiled crime novel that was filmed in 1947 under the title "Born To Kill." The novel has a great opening line: "Helen Brent had the best-looking legs at the inquest." The dustjacket designed by Edgard Cirlin has some minute chipping and light average wear, the cheap war time paper as usual is browning with age, but has no chipping. Also included is a nice color tinted original 11" x 14" lobby card for Robert Wise's grim & brutal Film Noir that was based on the novel and starred Claire Trevor, Lawrence Tierney and Walter Slezak. The card features the hapless Esther...
View More...

SIGNED BY ALLAN GURGANUS. IN ADDITION THERE IS A INSCRIBED AND SIGNED ENDSHEET BY GURGANUS TO A READER OF HIS NOVEL "WHITE PEOPLE" LAID IN. A surprise bestseller about Lucy Marsden, the ninety-nine year old widow of the title. Made into a television movie a few years back, and was also a very short lived Broadway play last year with Ellen Burstyn. Tiny nick to the top edge of the front cover, otherwise it appears that this is an unread copy. Fine.
View More... 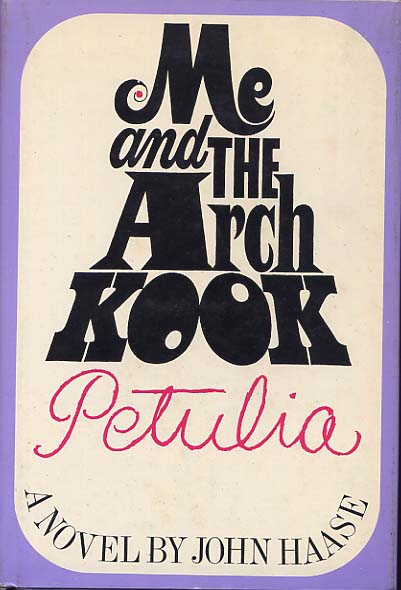 Me And The Arch Kook Petulia

Roots. The Saga Of An American Family

Epic novel about the history of blacks in America, the book of course was later made into the landmark tv mini-series. Very minute dj. wear & light spotting. Vg/vg.
View More...

A Map Of The World

SIGNED BY JANE HAMILTON. The award winning author's 2nd novel, once again set in the midwest. Made into a film a few years back with Julianne Moore & Sigourney Weaver in the leads. Fine/fine
View More... 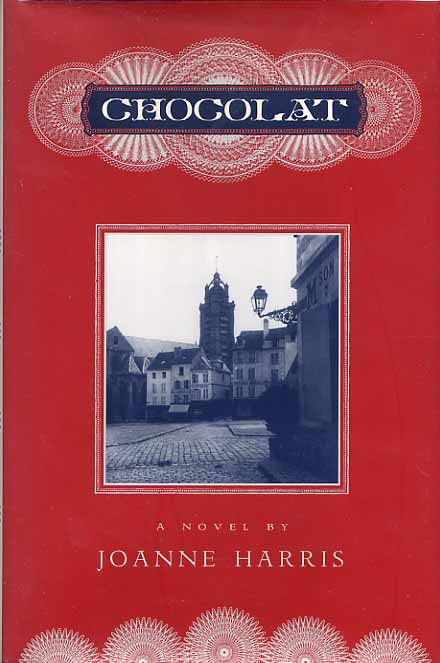 Romantic novel about a charming young woman who opens up a chocolate shop in a tired little town in France, and changes the lives of the villagers. Made into a popular film a few years back that was nominated for several Oscars including one for best picture. Price clipped. Fine/fine. Also included is a fine copy of the advance uncorrected proof of the novel and a 1st printing fine copy of the paper published Oscar nominated screenplay for the film that was written by Robert Nelson Jacobs. For the chocoholic. Sold as a collection only.
View More...

SIGNED BY KENT HARUF. Prize winning novel set on the High Plains of Colorado. Recently made into a tv movie. Fine/fine
View More... 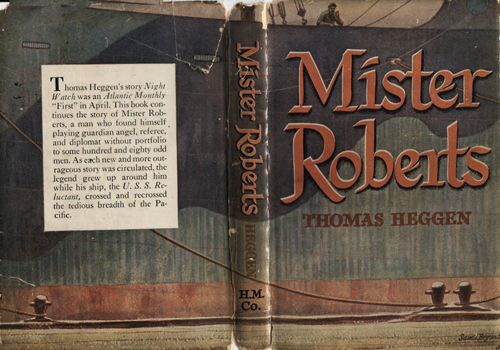 The true first printing had the year 1946 on the title page, and this one does not. but is a very early printing of first edition of this popular novel that was later turned into a play and a film. Price clipped, The dustjacket is with just a touch of wear and small chipping to the top and bottom of the spine panel there are also two small book store labels on the front and back pastedowns and former owner rubber stamp also on the front pastedown. The interior of the book is nice and clean. Heggen who had trouble dealing with his sudden fame developed writers block and died from an overdose o...
View More... 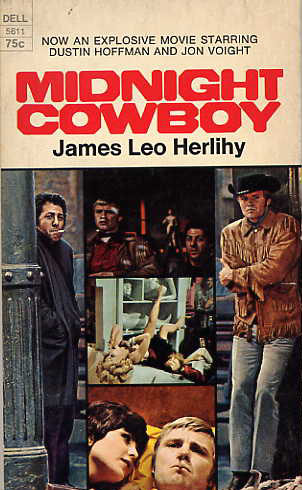 The true first edition and first printing with the correct number line along with all the other correct points for this unexpected best seller that went through lots of printings. Made into an award winning film a few years back. Price clipped. Long gift inscription on the front endsheet, otherwise this is a beautiful copy that looks to be unread. Fine/fine.
View More... 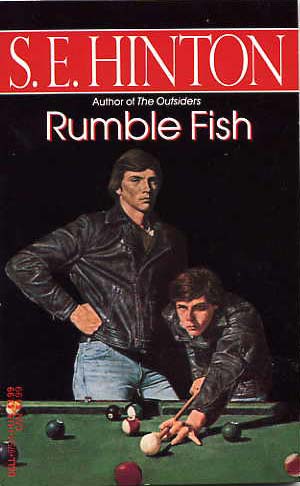 fine. SIGNED BY S.E. HINTON IN 1995. Nice paperback ed. of the novel that was the basis for Coppola's strange film version. later ed. Binding is paperback. Postcard for the outsiders the film laid in that shows the entire cast
View More... 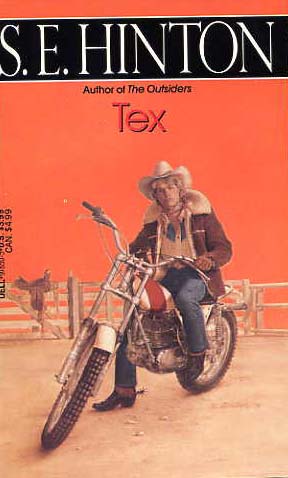 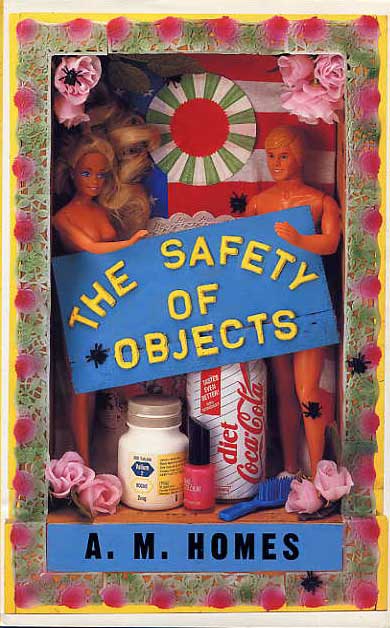 The Safety Of Objects & Things You Should Know

Collection of 10 startling very good short stories by the very good author. Attractive dustjacket artwork. Small curve mark to the cover which is faintly mirrored to the front panel of the dustjacket. Fine/fine. Also included is an uncorrected proof of "Things You Should Know" Published by HarperCollins in 2002. Light wear to the covers. Sold as a collection only.
View More... 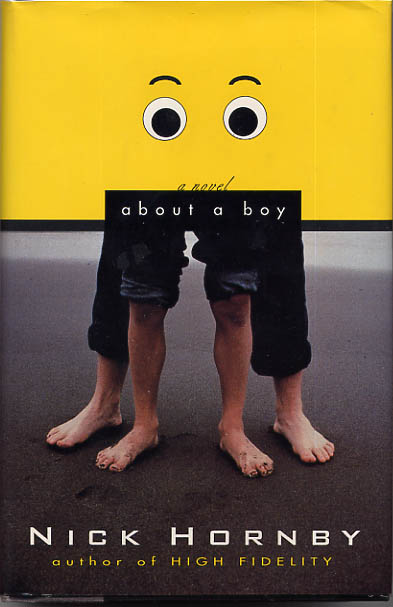 SIGNED BY NICK HORNBY. Third novel by the author of "High Fidelity" that was made into a popular film starring Hugh Grant. Attractive dj. design. 1 teeny tiny speck on the front edge and a teeny tiny crimp to the very top edge of the front panel of the dj. Fine/fine.
View More...