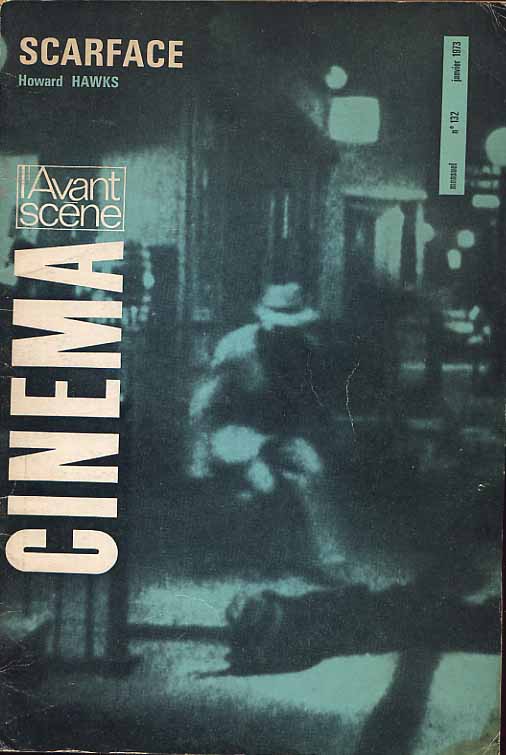 TEXT IN FRENCH. Terrific issue inclds. the screenplay for Howard Hawks's great 1932 gangster film that starred Paul Muni in a star making performance as Tony Camonte the "the scarface" of the title. Illustrated with 20 memorable stills. The issue also includes a critical piece on Hawks with a complete filmog. and some stills. Tiny upper right hand corner bump to the cover which is lightly mirrored to the corners of the pgs. Vg+ Laid in are two original 8" x 10" stills from Howard Hawks's searing 1932 gangster film that was based on Al Capone. The film starred Paul Muni in his big breakthrough performance and feature a terrific cast including George Raft, Boris Karloff, Ann Dvorak and Karen Morley all superb. The 1st still features Muni and his gang with Vince Barnett prominently featured. The still is trimmed at the right edge, but otherwise fine. The second still is near the end of the film with Muni learning over the dead body of Barnett. This version is so much better than the bloated Al Pacino version of 1983. Sold as a collection only.