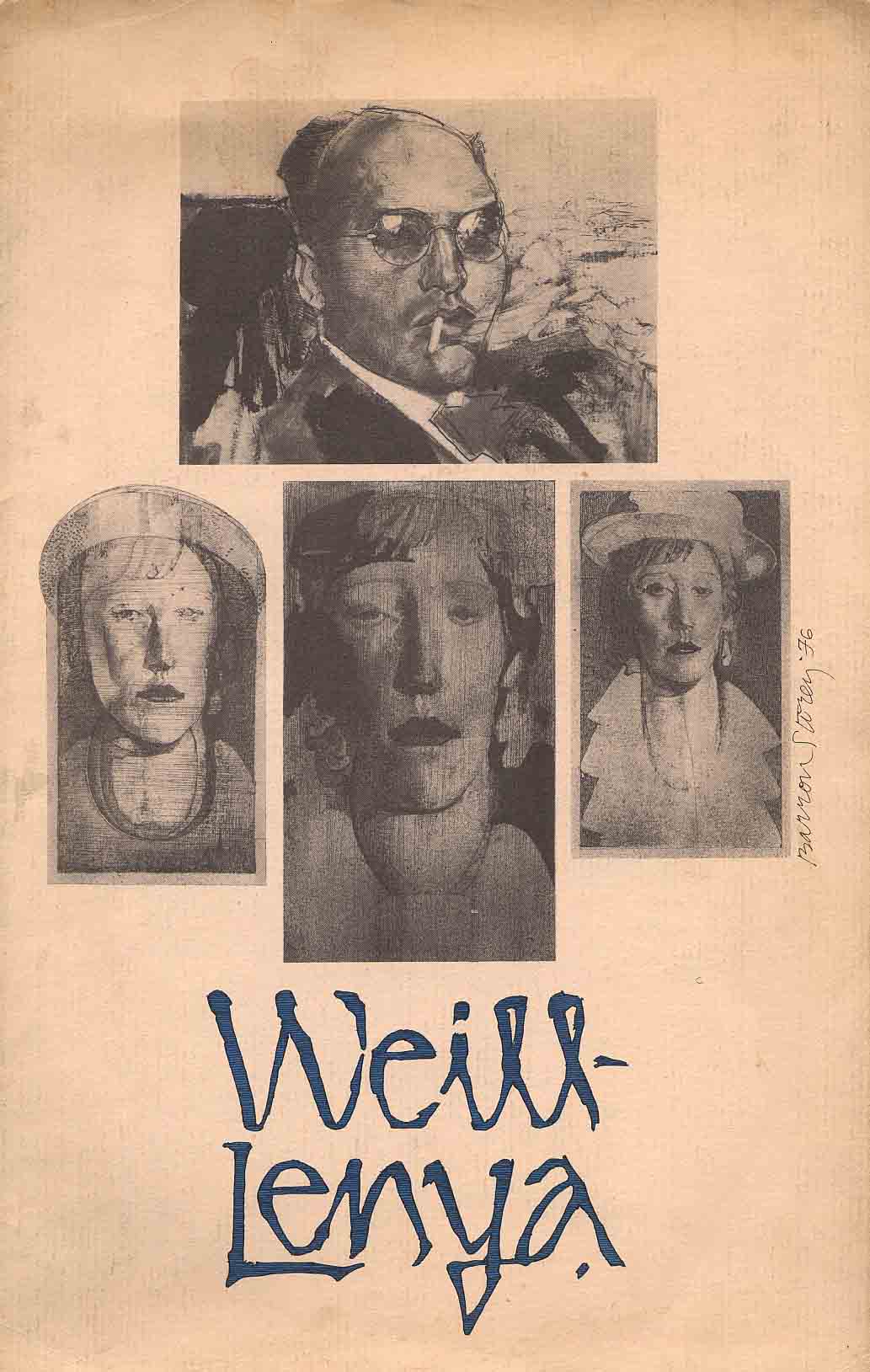 INSCRIBED AND SIGNED BY LOTTE LENYA TO THE WRITER JANET FLANNER AND HER LONGTIME COMPANION NATALIA DANESI MURRAY. THE INSCRIPTION IS IN GREEN INK AND DATED AND READS: "FOR JANET AND NATALIA WITH ALL OUR LOVE LENYA AND MARGO. DEC. 1976." JANET FLANNER WAS BEST KNOWN FOR HER "LETTER FROM PARIS" PIECES SHE WROTE FOR THE NEW YORKER FROM 1925 TO 1972 AND WHICH SHE SIGNED AS "GENET." NATALIA DANESI MURRAY WAS A BROADCASTER AND WAS FLANNER'S LIFELONG COMPANION OF 38 YEARS. THE MARGO MENTIONED IN THE INSCRIPTION WAS MARGO L. HARRIS WHO LENYA THANKS ON THE COPYRIGHT PG. OF THE CATALOG AND APPEARS TO HAVE BEEN A VERY CLOSE FRIEND OF HERS. Very handsome exhibition catalog celebrating the life work of 2 legendary talents of the international musical theatre, Kurt Weill & Lotte Lenya. Inclds. a wide range of written tributes + many photos, drawings & other memorabilia + several color plates. Laid in is a 4pg. checklist of the exhibit which has a few markings in red pencil that was most likely made by Flanner. There is also some red underlining in the catalog itself that also was most likely made by Flanner. Very minute soiling to covers and some light chipping to the spine of the book which has been mended. All in all a very good copy of a fragile catalog and made special by Lenya's uncommon signature. Vg.