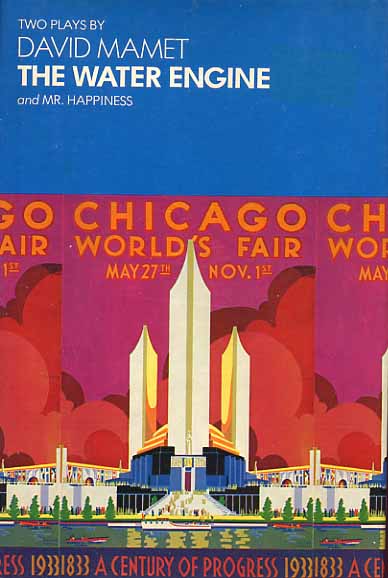 INSCRIBED AND SIGNED BY DAVID MAMET. Two plays set in the studio of a radio station in 1934, during "The Century Of Progress Exposition" at The Chicago World's Fair. Author photo by Lindsay Crouse who was once married to Mamet. Pretty colorful art deco like wrap around dustjacket. Small touch of foxing to the cloth covers, otherwise near fine/fine. Laid in are programs for A LIFE IN THE THEATRE ,SEXUAL PERVERSITY IN CHICAGO & DUCK VARIATIONS, and an original Playbill for "Oleanna" which starred William H. Macy. Also laid in is a fold over for the most recent revival of "American Buffalo" that because of the virus has not seen the light of the day.