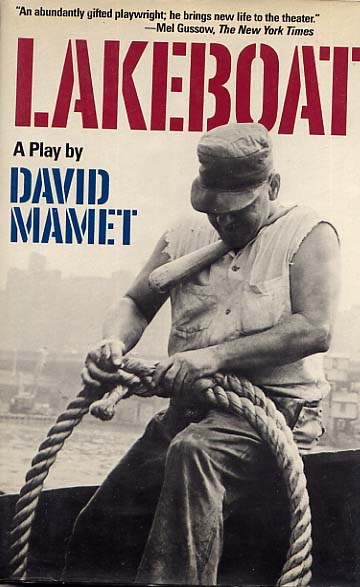 INSCRIBED AND SIGNED BY DAVID MAMET. Mamet's rarely seen 1st play about the crew aboard a merchant marine ship. Made into a film in 2001 that was directed by Joe Mantegna no stranger to Mamet's work. Photo of Mamet on back panel of the dustjacket by William H. Macy. Film review laid in. Fine/fine.