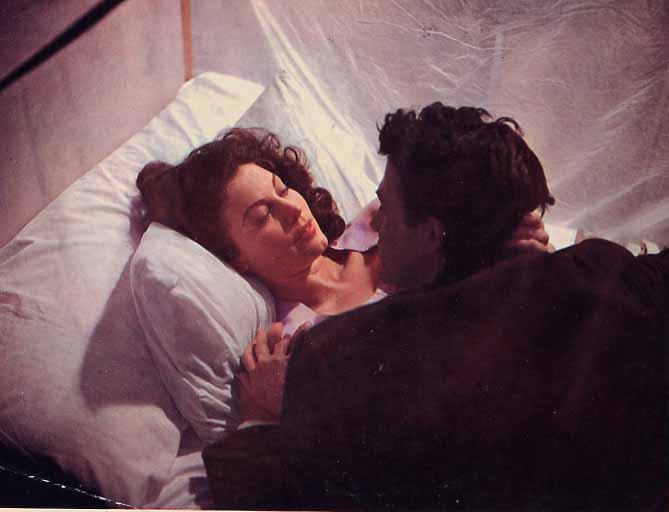 A stunning original color 8" x 10" scene still from George Cukor's "Bhowani Junction" that starred the great Ava Gardner as an Anglo-indian who must come to grips with her mixed heritage. Set during the British withdrawl from India the film also featured Bill Travers. The still is of a beautiful Gardner in bed embracing Bill Travers. Soft corner crease to the left corner of the still which does not interfere with the striking image. Vg.