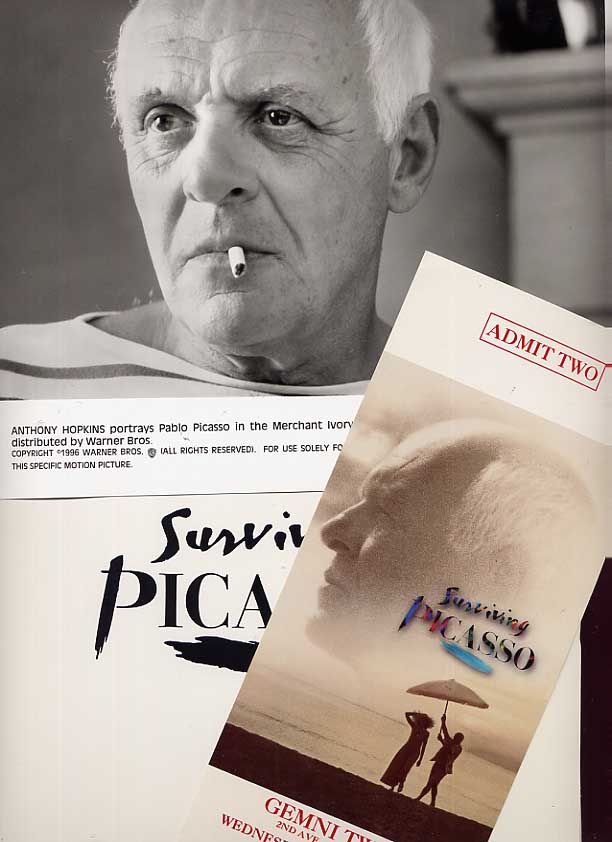 Attractive presskit for James Ivory's film about Pablo Picasso and his many loves. The film starred Anthony Hopkins as Picasso and had a large impressive supporting cast including Julianne Moore, and Joan Plowright. The screenplay was by Ivory regular Ruth Prawer Jhabvala. The kit includes eight 8" x 10" glossy stills and 34pgs. of production material along with an invitation to a press screening of the film. Set in a bright clean white folder which has 1 tiny tear to the back. In its original large mailing envelope that also has a very minor tears and wear.