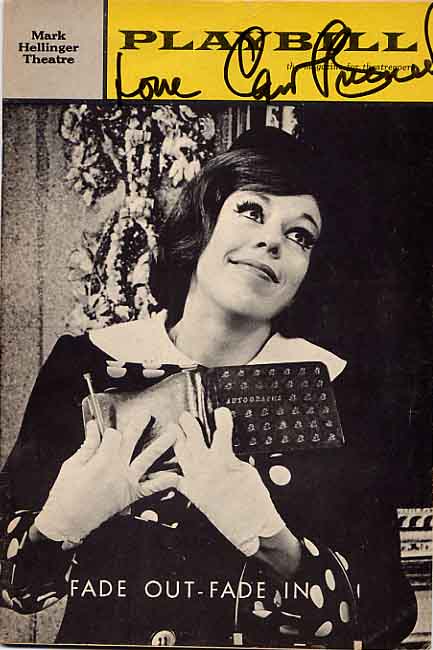 SIGNED BY CAROL BURNETT ON THE COVER. Playbill for the unlucky Broadway musical that was a spoof of Hollywood in the 1930's that starred the wonderful Carol Burnett. The production had all the right ingredients including music by Jule Styne and book and lyrics by Comden and Green but somewhere along the way it just didn't click with critics or audiences alike running for only 271 performances. Near fine. Laid in is a postcard for Moon Over Broadway a doc. on the Burnett play Moon Over Bufallo.