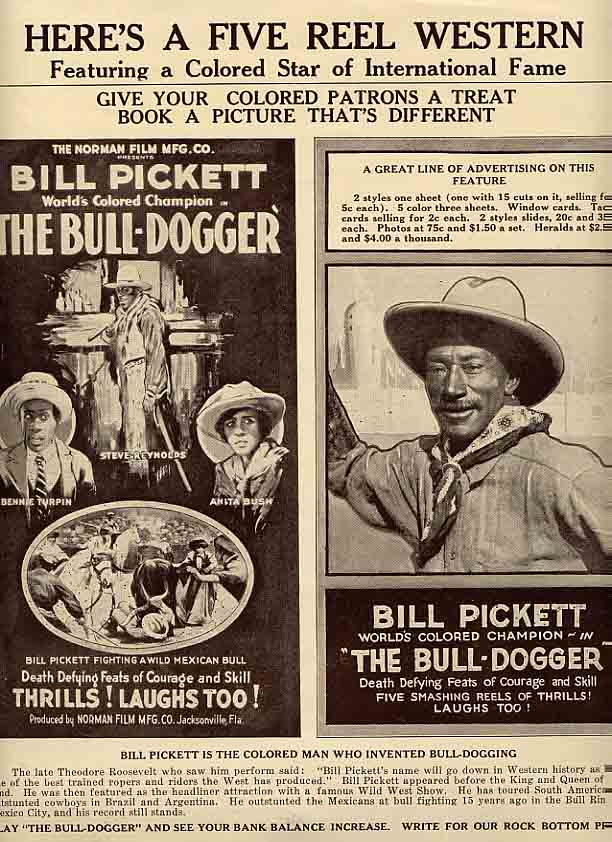 Original and rare four-page fold-over 9 1/2" x 12" sepia toned pressbook from the Norman Film Company that features 4 of their films: "The Love Bug", "The Crimson Skull", "Green Eyed Monster" and "The Bull-Dogger" that starred Bill Pickett who was an African-American champion oper and rider in wild west shows and made only two films. The pressbook is illustrated with stills and publicity material for all the films and includes some great text "There is not a white man in the cast." In fine beautiful condition.