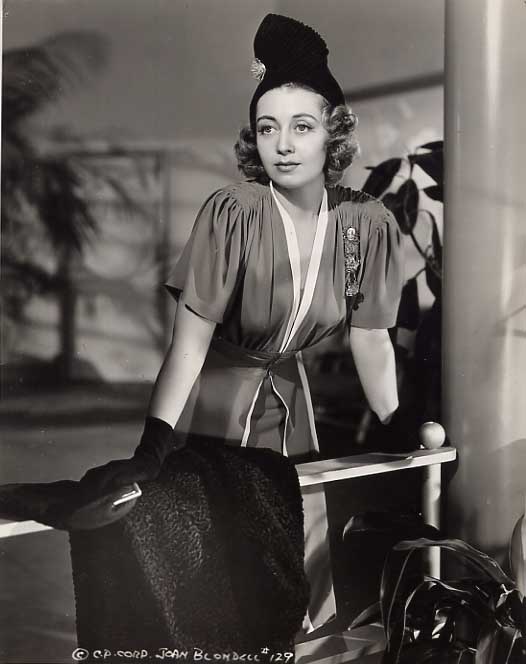 An original 8" x 10" portrait still of the durable and very entertaining character actress Joan Blondell. The photo is from the 40's for an unidentified film, and is STAMPED ON THE VERSO WITH THE GREAT STUDIO PHOTOGRAPHER A.L. SCHAFER'S RUBBER STAMP. Blondell was in over 100 films in her long and varied career and was always a joy in any film she appeared in. She was in many of the Warner Bros. musical films of the 30's and also played drama and comedy roles. Married three times to cinematographer George Barnes, Michael Todd and Dick Powell. Blondell made several notable films in her later years including "The Cincinnati Kid" and the John Cassavetes film "Opening Night." She also did tons of t.v. work. Small ink notation on the bottom of the white margin. amd old staple marks also to the white margins. Vg+.