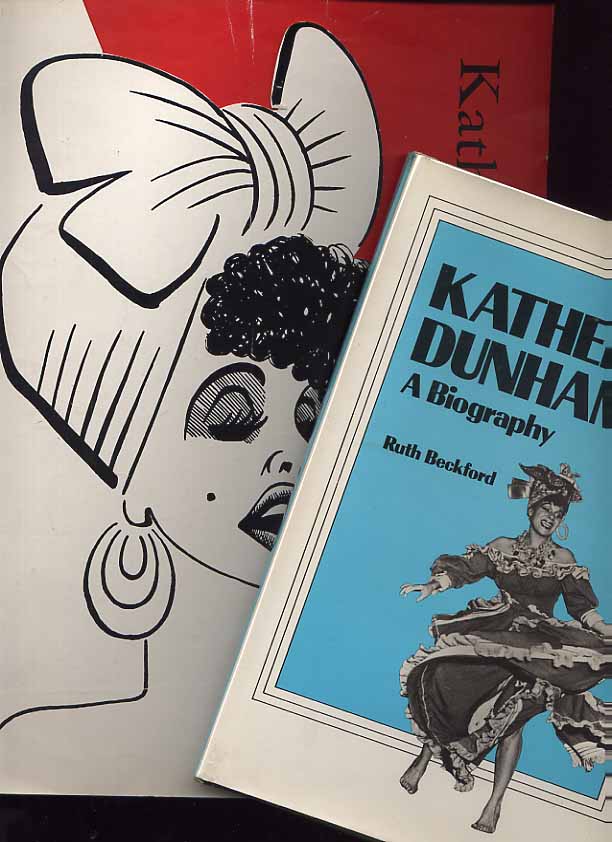 Uncommon bio. of the recently deceased African American dancer and choreographer. Includes her stage and film credits and 27 photos. Light tonning to the last few pgs. due to newspaper clipping which is also included along with her New York Times Obit. Fine/fine. Also included is a wonderful rare large 8pg. program for a dance concert Dunham gave in Sweden in 1959. The program is printed in red and black and is illustrated with a nice portrait of Duhnam inside. The program also features a b&w caricature cutout cover of Dunham that some may think racist in its depiction. Small mend to the cutout and light wear to the back cover. Vg. . Also included is is a nice blue tinted flyer for her dance concert that was held at the Windsor Theatre in New York City most likely in the late 30's or early 40's. Illustrated with a nice portrait of her and critical blurbs on the verso. Sold as a collection only