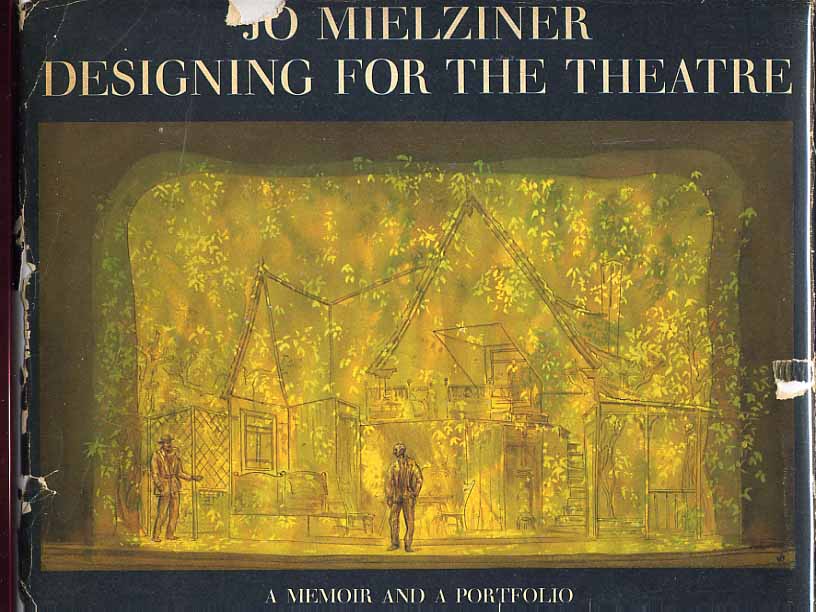 SIGNED BY JO MIELZINER AND EDWARD F. KOOK IN 1973. KOOK WAS A CO-FOUNDER OF CENTURY LIGHTING AND WAS AN INNOVATOR IN STAGE LIGHTING WHO WORKED WITH MIELZINER THROUGHOUT HIS LONG CAREER, AND MIELZINER DEDICATED THE BOOK TO HIM. Mielzner was the great Broadway Scenic designer who did the sets 100's of important plays and musicals andwhose remarkable career spanned from 1927 to 1989. Mielziner received 7 Tony Awards and 14 Tony Nominations for his work and also received a 1955 Oscar for his art direction for "Picnic" which was the only film he worked on. The book is illustrated with 83 black and white set designs + 16 in color for production from 1929 to 1965 with notes on each design by Mielziner. The dustjacket has some chipping and small pieces missing from the front panel. There is also a 4" piece missing from the bottom part of the spine panel. The book itself is vg. This is a scarce signature especially so for this title. Vg/good.

Title: Designing For The Theatre. A Memoir And A Portfolio