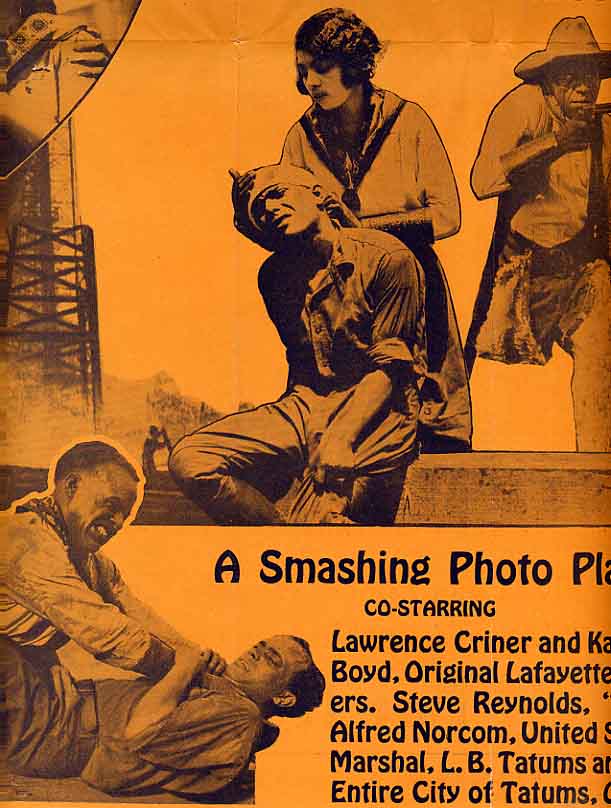 A rare beautiful 14" x 22" original 4pg. pressbook for a forgotten "all colored cast" silent film. The movie was " A thrilling epic of the oil fields" that starred Lawrence Criner, Kathryn Boyd & Steve "Peg" Reynolds a one-legged actor all of whom had appeared in the earlier 1926 Norman film "The Flying Ace." Based on the true story of John Crisp and his fight to secure oil despite the efforts of a crooked drilling contractor, the movie was filmed in the "all colored city" of Tatums Oklahoma and used many of the residents as extras. The pressbook features a nice yellow colored front cover that is a repro. of the window card. Inside is illustrated with blue tinted photos and advertising iteams. The back cover is text and includes press stories and other advertising ideas. Two old tape mends to the back cover, but this rare item is in fine bright condition. Folded. Fine.