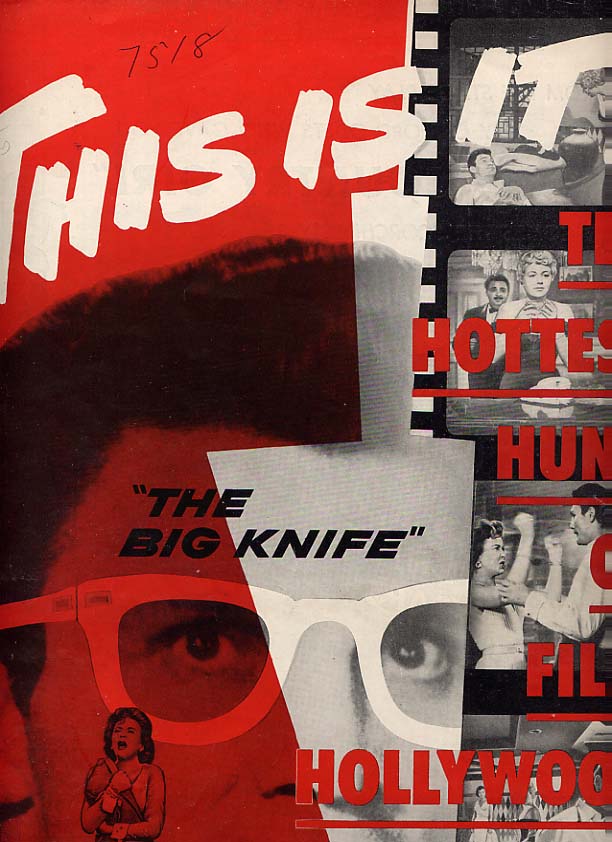 Large original 20pg pressbook for a take on Hollywood life among the power brokers.based on a play by Clifford Odets. Printed in red and black with lots of publicity material including a laid in 4pg. supplement that is styled after Confidential Magazine. The film was directed by Robert Alrich and had an interesting cast including Ida Lupino, Jean Hagen, Shelley Winters and a miscast Jack Palance playing a handsome movie star. Light wear with very short split at the top fold of the front cover, and a small ink number written on the top of the book. A Striking pressbook.