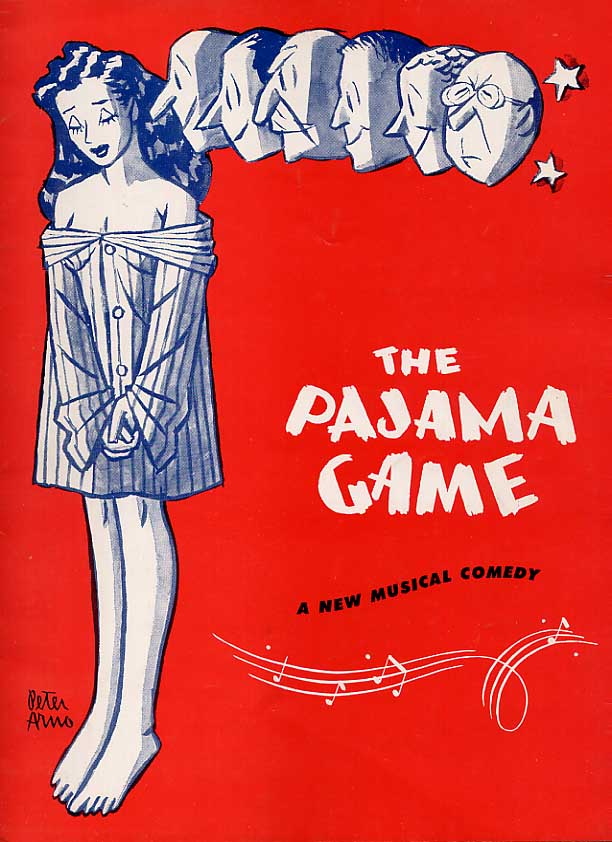 Original 20pg. souvenir program with the original cast but from later in the run (critical blurbs on back cover). Cover illustration is the famous cartoon by Peter Arno. The movie version used most of the Broadway cast with the exception of Janis Paige who was replaced by the great Doris Day. The Musical ran for 1063 performances and won Tonys for best musical, Carol Haney and Bob Fosse. Co directed by Jerome Robbins. Near fine.