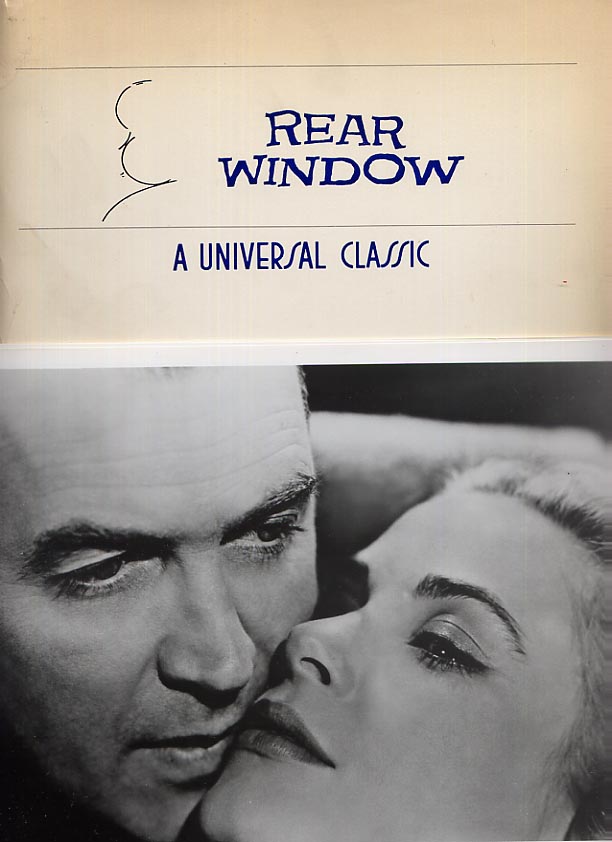 A nice presskit for the 1983 reissue of the Hitchcock classic from 1954, Rear Window. Based on a short story by Cornell Woolrich, the great cast included James Stewart, Grace Kelly, Thelma Ritter and Raymond Burr. The presskit includes 34pgs. of publicity material including production notes and bios + 6 stills all of which are set in a white folder which has a tiny bit of soiling and wear. Vg.