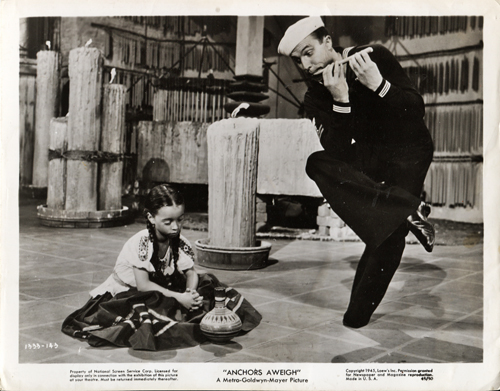 Original scene still from the musical Anchors Aweigh that starred Gene Kelly and Frank Sinatra. Kelly got his only acting Oscar nomination for the film. He is pictured with the child actress Sharon McManus in one of his dance routines. Light wear but still vg.