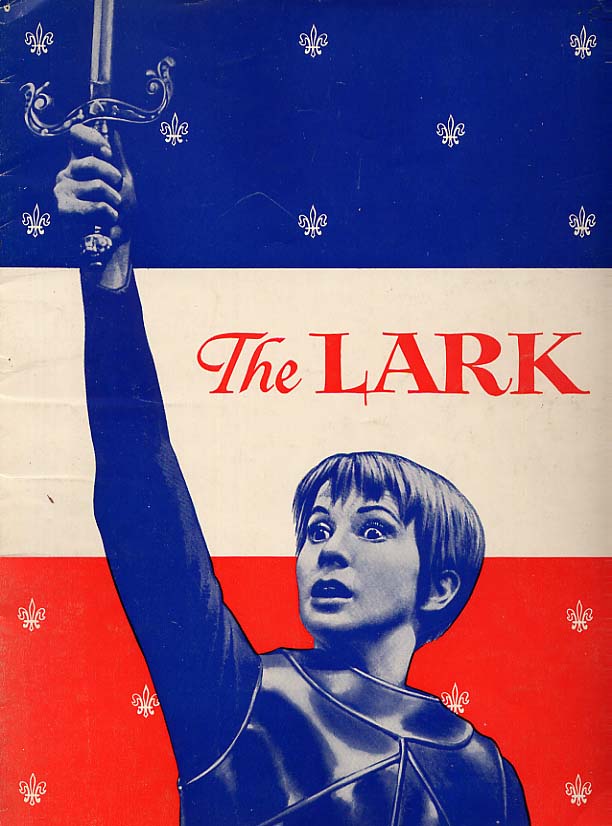 20pg. original souvenir program for The Lark that starred Julie Harris as Joan of Arc for which she won a best actress Tony. The play ran for 229 performances and the program is from later in the run (critical blurbs on back cover) with Julie Harris still in the lead, but after Boris Karloff had left the production. Some minor damp staining to the back cover but the interior of the program is not affected. Also tiny tack hole to the top left side of the program. Vg.
View More...