One of the best screenplays ever! Illus. w. 3 stills from the movie. Small minute price label scar on front endsheet, Small bump to corner of cloth. Lacking the scarce dj. Vg.
View More... 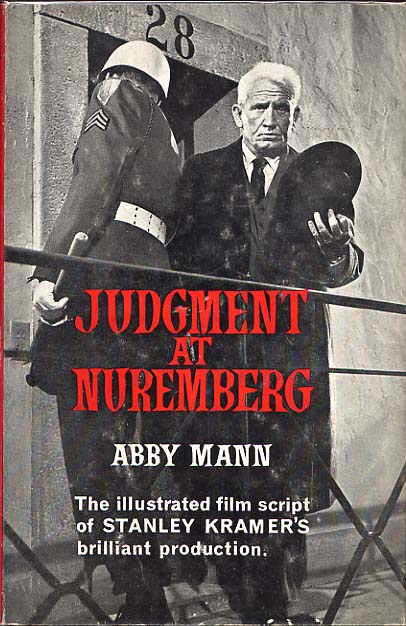 The published screenplay for one of the big movie events of 1961. Originally done on televison, the film is still highly regarded although it is a bit static and stage bound. In 1961 it was nominated for 10 Oscars including supporting acting ones for Clift and Garland., but the film only won for Schell's performance (over Paul Newman in The Hustler?) and adapted screenplay, the only Oscar that West Side Story in its sweep did not win. Includes a foreword by Mann and 9 stills on plates. Price clipped, faint sun fading to the bright red spine panel of the dustjacket, light soiling otherwise the ...
View More...

Masterworks Of The German Cinema

By: Manvell, Roger, intro. by

Inclds. the screenplays for The Golem, Nosferatu, M & The Three Penny Opera. Inclds. essays by Rotha & Eisner. 32 stills. Vg. Laid in is a nice program for a recent screening of "The Golem" in Seattle. The film was presented with an original new score.
View More...

Screenplay for Michael Powell's dark and disturbing 1960 film about a film cameraman who kills young women in a most unusual and gruesome way. Terribly received at first, the film more or less destroyed Michael Powell's career, but is now regarded as a classic of contemporary British cinema. Includes an interesting interview with Leo Marks & 33 b&w stills. Fine.
View More... 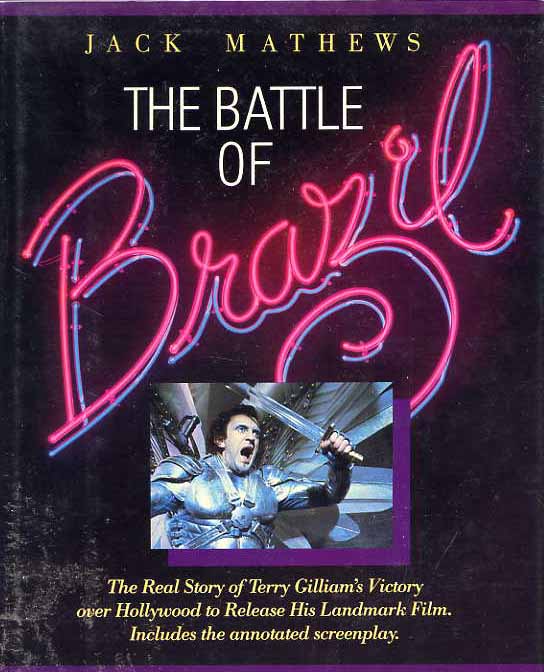 The Battle Of Brazil 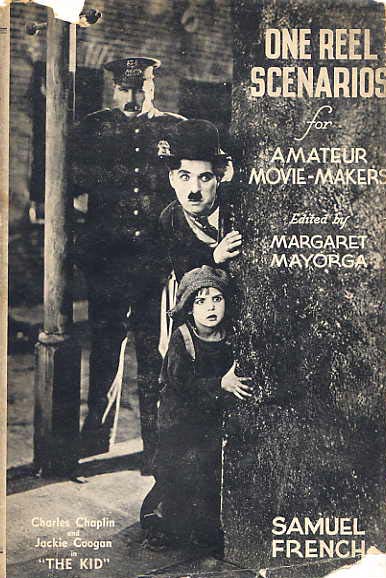 One Reel Scenarios For Amateur Movie Makers. A Handbook For Those Who Wish To Make Their Own Films

By: Mayorga, Margaret, Edited by 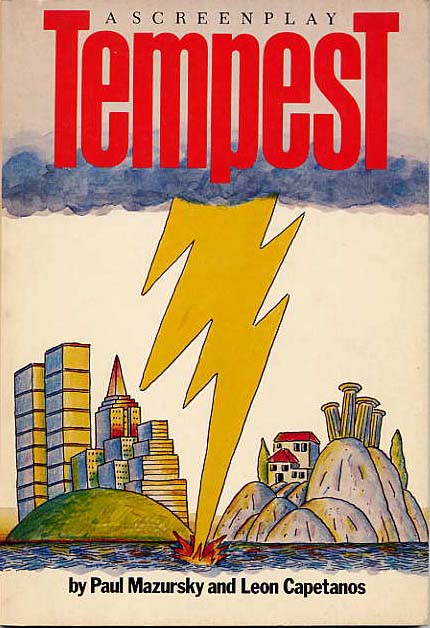 vg+. An unsuccessful attempt at Shakespearean themes by Mazursky,but a rare scrn.play nevertheless. 8 stills. LAID IN IS AN 8PG. SMALL PROGRAM FOR THE DIRECTOR GUILD OF AMERICA AWARDS DINNER FOR 1979 IN WHICH PAUL MAZURSKY WAS NOMINATED FOR AN UNMARRIED WOMAN. MR. MAZURSKY HAS SIGNED THE PROGRAM NEXT TO HIS NAME. Also laid in is a foldover program for a retrospective of his films that was held by the Film Society Of Lincoln Center. Sold as a collection only.
View More...

The Gardener's Son A Screenplay

McCarthy's original screenplay set in the small mill towns of the pre-Civil War south about the conflicts between two families, one wealthy and one poor. Produced as a two hour film on PBS in 1976. Fine/fine.
View More...

The screenplay for the recent film about Hitchcock which starred Anthony Hopkins and Helen Mirren. This screenplay was privately published in a limited edition to send to members of the Academy Awards for consideration for best adapted screenplay and is bound to become quite scarce. Illustrated with 7 color stills. Fine.
View More...

Includes the screenplay along with pieces on the making of the film that starred the great Jeanne Moreau who also wrote the foreword. 24 color stills. Fine/fine
View More... 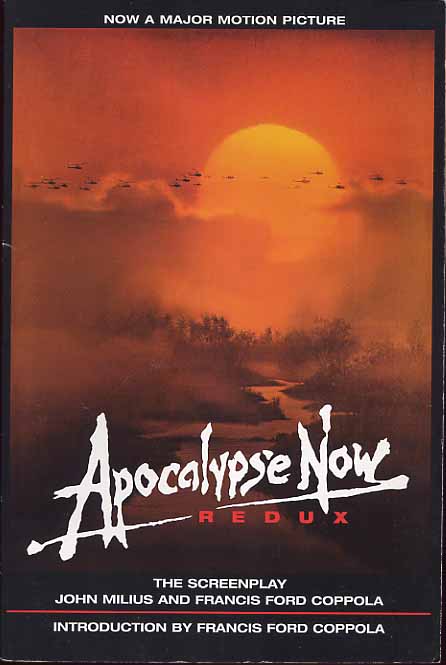 The already scarce screenplay for Coppola's masterpiece on the Vietnam War with all the original material that was left out of the original release. Includes an intro. by Coppola and 8pgs. of color stills. Fine. Also included are 55 loose pgs. of publicity material including production background and bios Also laid in is a card from the DVD release of Apocalypse Now.
View More... 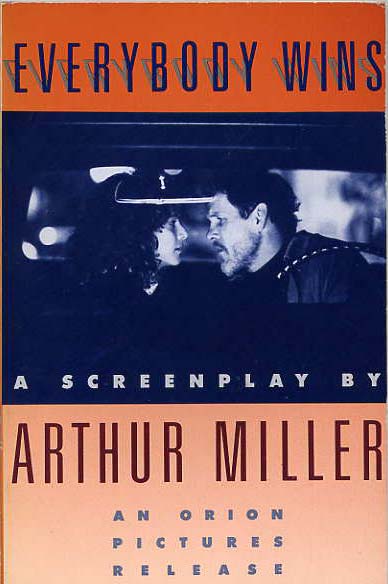 Miller's 1st original screenplay since The Misfits was this story of small town corruption that starred Nick Nolte & Debra Winger. A quirky film that was greeted with mixed reviews to put it nicely. Directed by Karel Reisz. 15 stills. Vg+
View More...

SIGNED BY ARTHUR MILLER. Miller's 1st original screenplay since The Misfits was this story of small town corruption that starred Nick Nolte & Debra Winger. A quirky film that was greeted with mixed reviews to put it nicely. Directed by Karel Reisz. 15 stills. Fine. Laid in his a nice foldover from the 2010 revival of A View From The Bridge that starred Liev Schreiber & Scarlett Johansson.
View More... 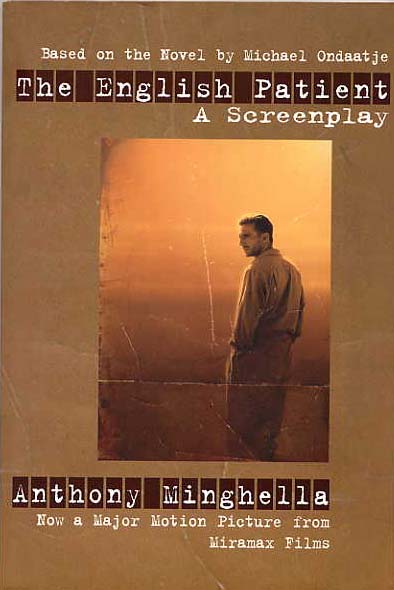 The English Patient. A Screenplay.

Uncommon copy of the screenplay for The Departed that finally won Martin Scorsese a well deserved Oscar. This is the official Warner Bros. edition with its logo on the front white cover and is a not frills edition that was sent out to Oscar members for consideration in the best adapted screenplay catagory which it eventually won. The white covers are nice and clean. Fine.
View More... 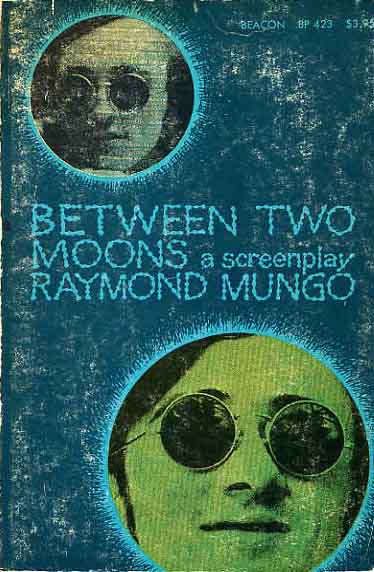 Between Two Moons, A Screenplay

Countercultural screenplay with a surreal metaphysical bent by the author of "Famous Long Ago." Nicely printed on green paper and illus. throughout with engravings & artwork. Rubb. to front wrap. & small remainder mark to bottom edge. Vg+.
View More... 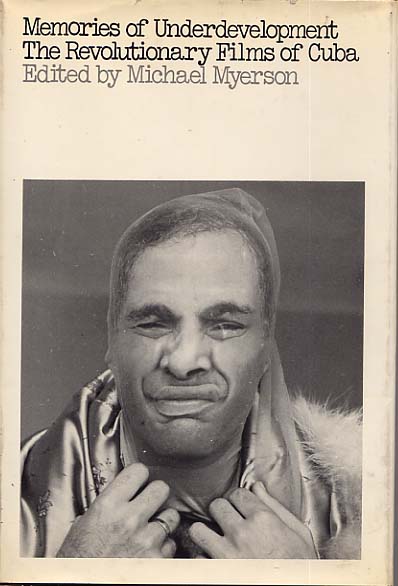 Memories Of Underdevelopment. The Revolutionary Films Of Cuba.

By: Myerson, Michael, Edited By

Includes a long introduction + the complete screenplay for the fine film "Memories Of Underdevelopment" along with the last part of "Lucia" and short notes on films & a selection of b&w film posters. Well illustrated. Very minute shallow wear to the edge of the dustjacket & very minute soiling to the white dustjacket. Fine/fine.
View More... 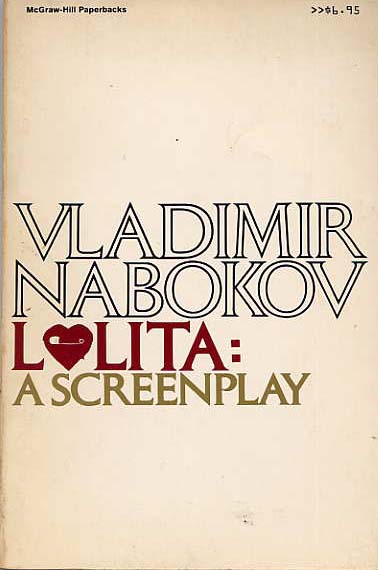 Nabokov's orig. version of the screenplay that was ultimately edited & changed when finally filmed by Stanley Kubrick. Very minute wear to covers,otherwise near fine.
View More...