This Land Is Mine. 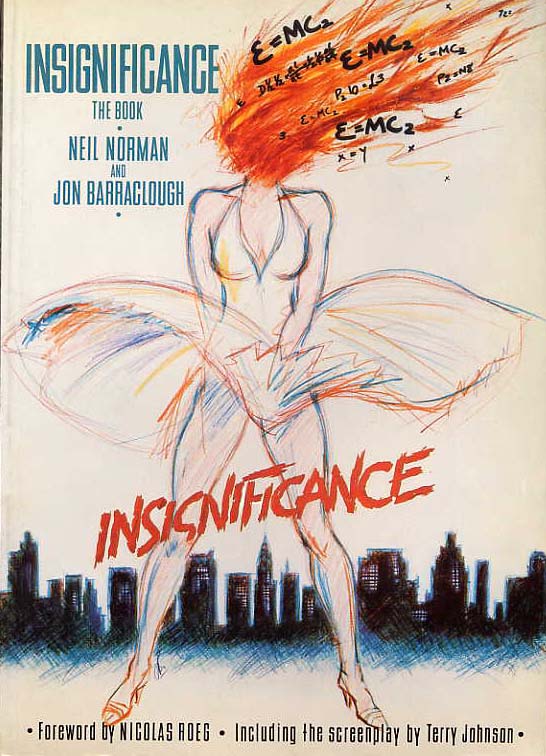 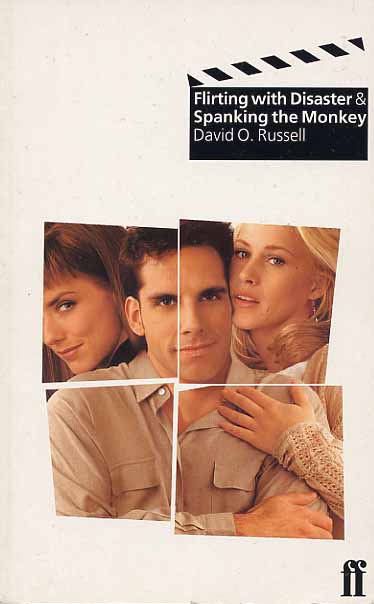 Flirting With Disaster & Spanking The Monkey

Screenplays for two of David O. Russell's highly regarded early black comedic films. Includes an intro. by Graham Fuller. Illustrated with stills. Tiny corner bumps to the covers and very small bumping to some of the corners of the back pages along with the usual light browning to the paper which is common with Faber and Faber books. Vg.
View More... 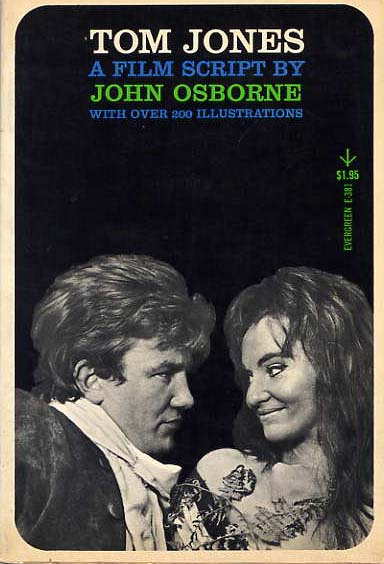 This ed. of the script is considerably different from the Brit. ed.& Inclds. scenes not in Brit. ed. Illus. w. 200 b&w frames. Small corner bump which is lightly mirrored to some corners of the back pages. Vg.
View More...

The Oscar winning screenplay for the delightful film about wine and relationships. 24pgs. of color stills and photos. Laid in is a promo postcard for the film. Fine.
View More... 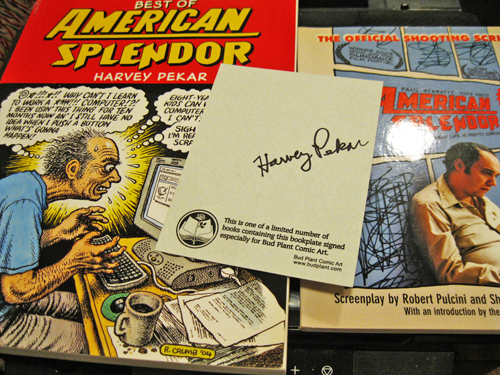 LAID IN THE BOOK IS A SPECIAL BOOKPLATE SIGNED BY HARVEY PEKAR. Over 300pg. collection of American Splendor comics some of which were the basis for the marvelous 2003 film version that starred Paul Giamatti. Also included is a first printing of the Oscar nominated screenplay. Both are fine and are being offered as a collection only. Also laid in is a handbill for the movie.
View More... 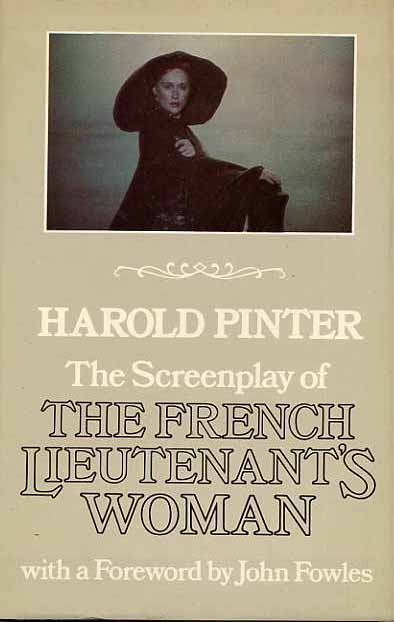 The Screenplay Of The French Lieutenant's Woman

By: Pinter, Harold. with a foreword by John Fowles

Pinter's screenplay based on the John Fowles novel for film that starred Meryl Streep. No photos. Small label stain on pastedown. Vg+/vg+ LAID IN IS A DUSTJACKET FOR THE AMERICAN EDITION OF THE BOOK THAT HAS BEEN SIGNED BY HAROLD PINTER ON THE BACK PANEL. UNDER A PHOTO OF HIM, JOHN FOWLES AND THE DIRECTOR OF THE FILM KAREL REISZ. Also laid in is the original British program for "The Homecoming" that was first done in 1965 by the Royal Shakespeare Company + a playbill from the most recent Broadway revial. Also laid in the book is a promo postcard for two revivals of his plays The Birt...
View More... 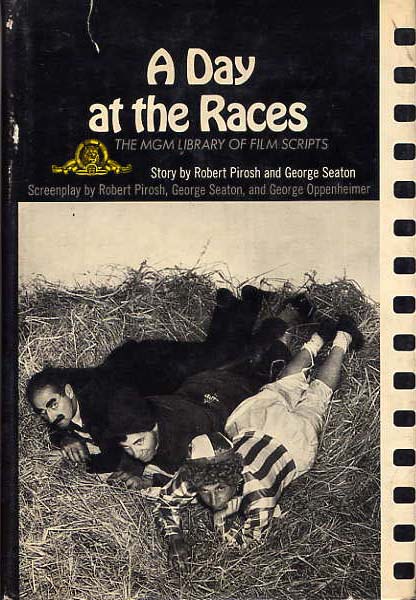 A Day At The Races

vg+/vg/sm. mend tear to dj. minute ink mark on corn. of endsheet. The orig. script + the dialogue & action from the Marx bros. film as it finally appeared on the screen. 16pgs. of stills. 1st ed. Binding is cl.w.dj.
View More... 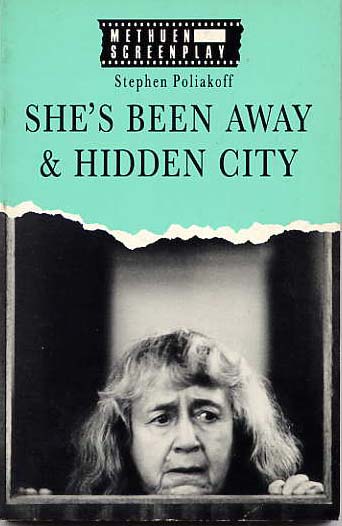 She's Been Away & Hidden City 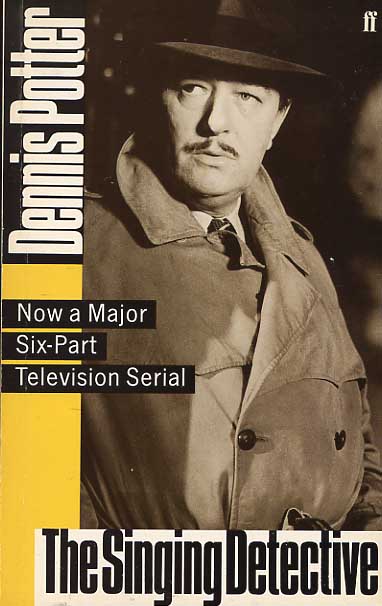 The unabridged original screenplay for Dennis Potter's remarkable 6 part television serial about a writer and his vast fantasy life that takes place in a hospital ward as the writer is being treated for a crippling horrific skin disease. Michael Gambon gave a superb performance as the writer. No photos. Small scrape to the back cover, and the usual light browning to the pages that is common with Faber & Faber books. Vg. Laid in is a nice 4pg. foldover brochure for the dvd release.
View More...

Includes the screenplays for "The Color Of Money" (Oscar nominated),"Sea Of Love" & "Night & The City". Also includes an interview with Price. Fine.
View More... 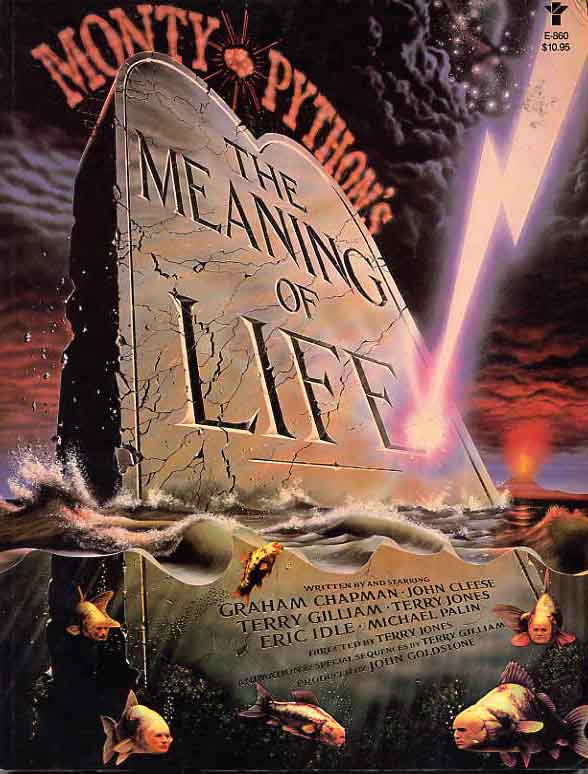 Monty Python's The Meaning Of Life 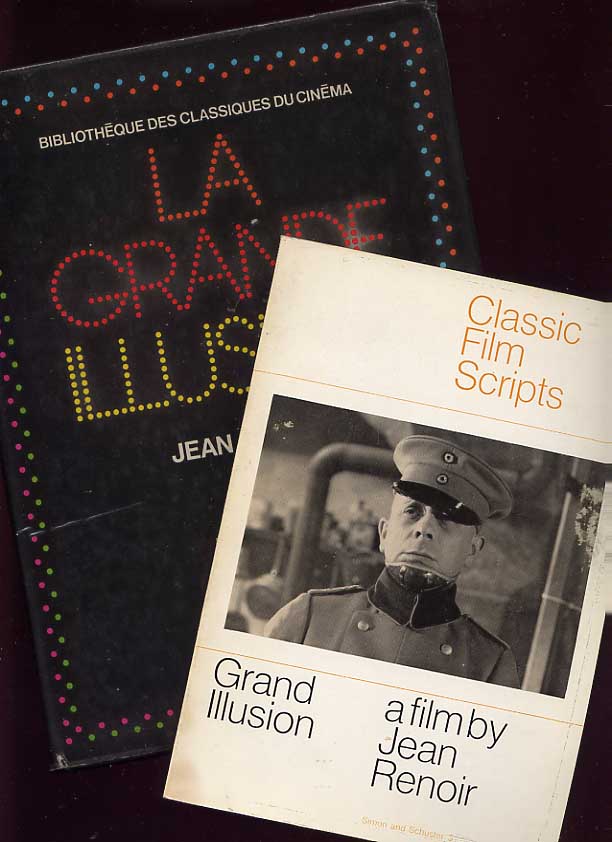 TEXT IN FRENCH. A beautiful documentation for Renoir's great anti-war film of 1937 that is generally considered to be one of the great films of the sound period. The film starred Jean Gabin & Erich Von Stroheim who both gave superb performances. The book includes the complete screenplay (dialogue) printed under 100's of well printed frames. Also includes bios & reviews. Fine/fine. Also included is the 1968 Simon & Schuster paper edition of the screenplay which is in English & includes short pieces by Renoir & Von Stroheim & 38 stills on plts. Very minute rubbing to front cover, otherwise a nea...
View More... 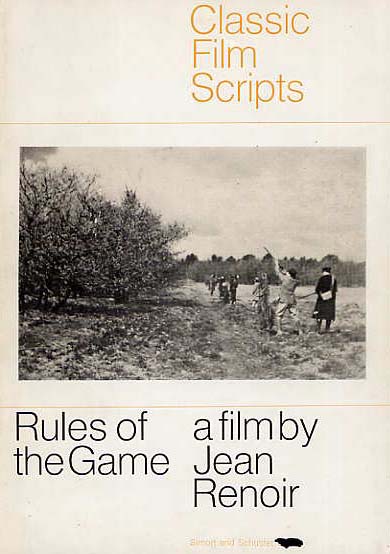 Rules Of The Game

By: Renoir, Jean. Translated from the French By John McGrath and Maureen Teitelbaum

Screenplay for the classic Renoir comedy of manners among the French upper class on the eve of World War II. Besides directing and writing the film Renoir also starred in it. Includes interviews, short essays, notes and 49 stills on plates. Small inked out price mark on front cover otherwise a fine lovely copy of a seldom seen screenplay. Fine..
View More...

A beautiful copy of the screenplay for the film about gangster twins played by real life twins, Gary And Martin Kemp. Illustrated with b&w stills. A fine copy.
View More... 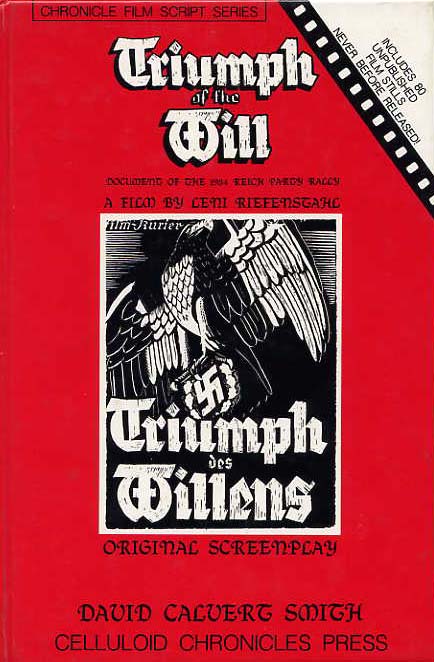 Triumph Of The Will

The screenplay for the third film in Frank Capra's trilogy of socio-political dramas. This one starred Barbara Stanwyck and Gary Cooper with a large supporting cast of players. Included is an introductory essay, a complete transcript of the finished film, background production material, reviews and essays. Illustrated with several frame enlargements. There is minor small damp staining to the bottom margin of approx. the 1st 22pgs, (the book is nearly 300pgs) the screenplay itself is untouched by staining. About vg.
View More...

The Marquise Of O

By: Rossen, Robert. Edited By Rocco Fumento and Tony Williams

The final version of Robert Rossen's screenplay for the 1941 film version of Jack London's "The Sea Wolf." The very good film was directed by Michael Curtiz with a terrific cast including Ida Lupino, Edward G. Robinson & John Garfield. Illustrated with many small frame stills + short essays. Near fine.
View More...