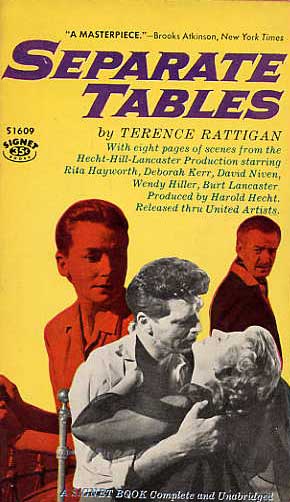 The Theatre art of Boris Aronson

Tremendous book on the great theatrical set designer told through extensive text and over 600 photos, sketches, designs with many in color. Includes chron. co-written by his widow. The book is huge and heavy and requires additional postage. This is a fine copy in a near fine dustjacket. A unique book.
View More...

2 nice 16pg. and 18pgs brochures with photos and text from two exhibitions of his career that were held at Lincoln Center in 2008 and 2018. Fine. Sold as a collection.
View More... 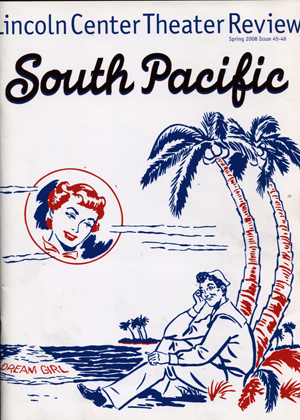 46pg. magazine published in conj. with the roaring production of South Pacific that was produced at Lincon Center. The magazine is nice with articles, interviews and remembrances by a wide range of people including Mary Martin, Hal Prince, Josh Logan and others. Nicely illustrated with photos. Small brochure laid in. Fine.
View More... 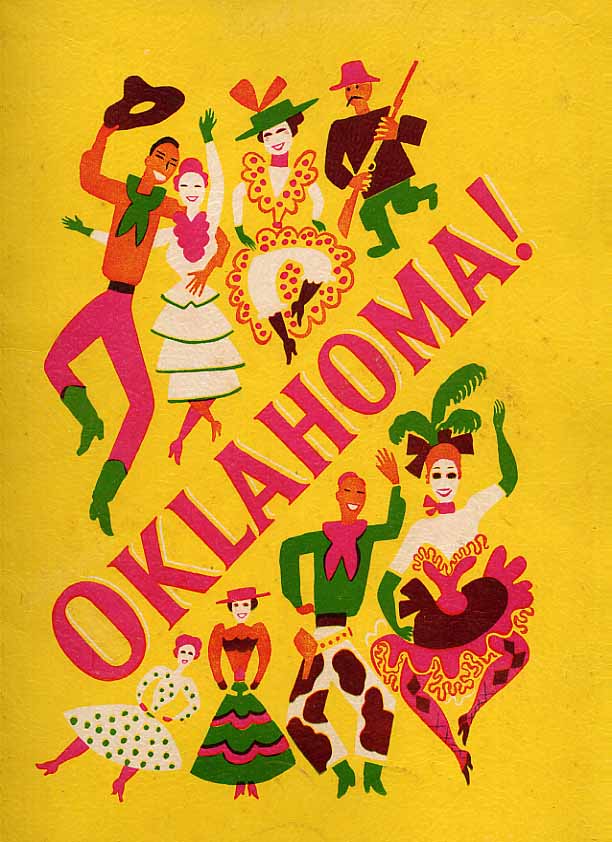 Nice 20pg. large souvenir program for the 1951 Broadway revival that starred a still to this day largely unknown cast headed by Ridge Bond and Patricia Northrop. Most of the people who were involved in the original production were also involved with this revival which only ran for 100 performances including the original director Rouben Mamoulian and the great Agnes de Mille. Illustrated with many photos and also the program has the same nice bright colorful art on the cover as the original. The bright yellow have very minute soiling and a tiny spot on the back. Laid in is a small handbill prog...
View More... 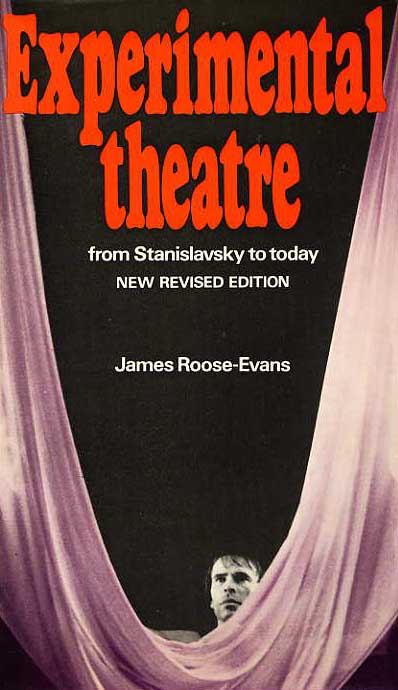 Experimental Theatre. From Stanislavsky To Today

Wide ranging history of the experimental theatre with material on all the key figures from the past 100 years or so including Brecht, Grotowski, Martha Graham, The Bread & Puppet Theatre, The Living Theatre and much more. Nicely illustrated with 75 well printed photos on plates. Very light wear to top and bottom of the spine panel. Fine/vg.
View More...

Includes the first published appearance of Edward Albee's "The Zoo Story" also camus on capital punishment, Ferlinghetti, Brecht, LeRoi Jones, long review of Hiroshima mon amour, John Bernard Meyers on the impact of Surrealism on the New York School with several repros. including a few in color, great ads and more. Nice color cover by Larry Rivers which has the small remains of what was most likely a mailing label to the edge of the black border of the cove, otherwise this is near fine copy.
View More...

Play based on the career of Jack Johnson who in 1908 became the first Negro heavyweight boxing champion of the world. The play won the 1969 Tony Award for best play along with The Pulitzer Prize and several other awards. James Earl Jones and Jane Alexander also won Tonys and repeated their roles for the film version and both were nominated for acting Oscars. Copyright sticker on the copyright pg. Minute rubbing to the dustjacket which is common to this book and a tiny touch of chipping to the edge and a tiny short tear also to the top edge. Fine/near fine
View More... 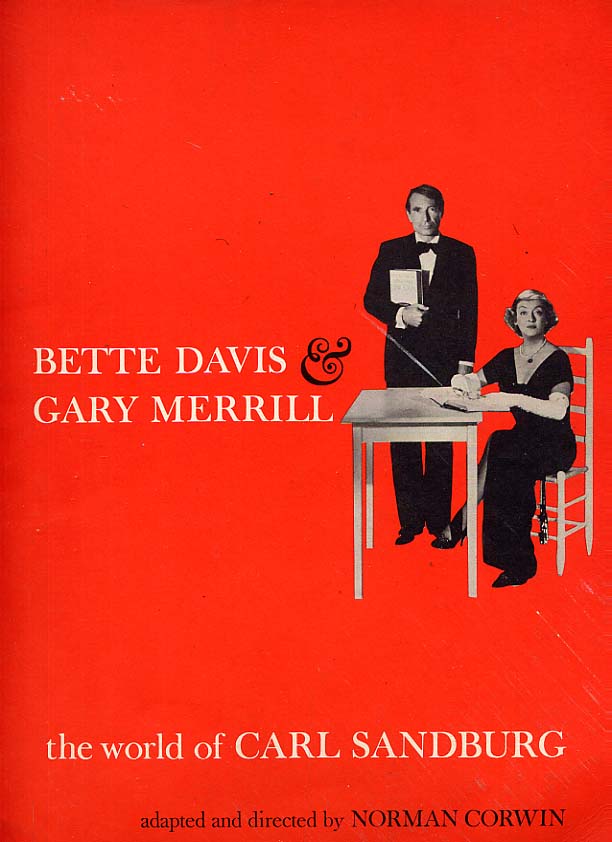 The World of Carl Sandburg

Original 9" x 12" 24pg. souvenir program for "The World Of Carl Sandburg"that Bette Davis and her then husband, Gary Merrill, toured America for about a year. This was more a less a dramatic reading of the poet Carl Sandburg's life and work and featured folk songs, anecdotes and a tribute to Lincoln. I'm assuming that this is from the original Los Angeles production because when it finally came to Broadway in 1960, Merrill was gone, replaced by Leif Ericson who is mainly known as being once married to Frances Farmer. The "play" lasted for only 29 performances. The bri...
View More...

The Condemned Of Altona

Paperback edition of the play by Satre with a beautiful cover design by the great graphic designer Paul Rand. The play was made into a film in 1963 directed by Vittorio DeSica and starring Sophia Loren, it was a big flop. This is a fine unread copy.
View More...

the 1st appearance of eight very off off broadway plays including the 1st appearance of Sam Shepard's "Red Cross." Also includes uncommon appearances by Ronald Travel, Jean Claude Van Itallie and Maria Irene Fornes. This copy appears to never have been used and has the usual light browning to the paper due to age. Near fine.
View More...

INSCRIBED AND SIGNED BY BUDD SCHULBERG IN 1999 TO PLAYWRIGHT AGENT BRIDGET ASCHENBERG WHOSE SMALL OWNER STICKER IS ON THE FRONT PASTEDOWN. Schulberg & Breit based this play on Schulberg's novel that was a fictionized account of Schulberg's troubled relationship with F. Scott Fitzgerald as they struggled to write a screenplay. The play ran in 1958-1959 for 189 performances and was nominated for 3 Tony's including play, supporting actor (George Grizzard) and actor Jason Robards who won the award. Also in the cast was Rosemary Harris. Illustraed with 3 photos. There is very shallow chipping to th...
View More...

SIGNED BY JASON ROBARDS JR. GEORGE GRIZZARD, ROSEMARY HARRIS AND ELEANOR PHELPS. Schulberg & Breit based this play on Schulberg's novel that was a fictionized account of Schulberg's troubled relationship with F. Scott Fitzgerald as they struggled to write a screenplay. The play ran in 1958-1959 for 189 performances and was nominated for 3 Tony's including play, supporting actor (George Grizzard) and actor Jason Robards who won the award. Also in the cast was Rosemary Harris. Illustraed with 3 photos + 1 photo pasted to the front cover. Nice for the signatures.Lacking the dustjacket and rubbing...
View More... 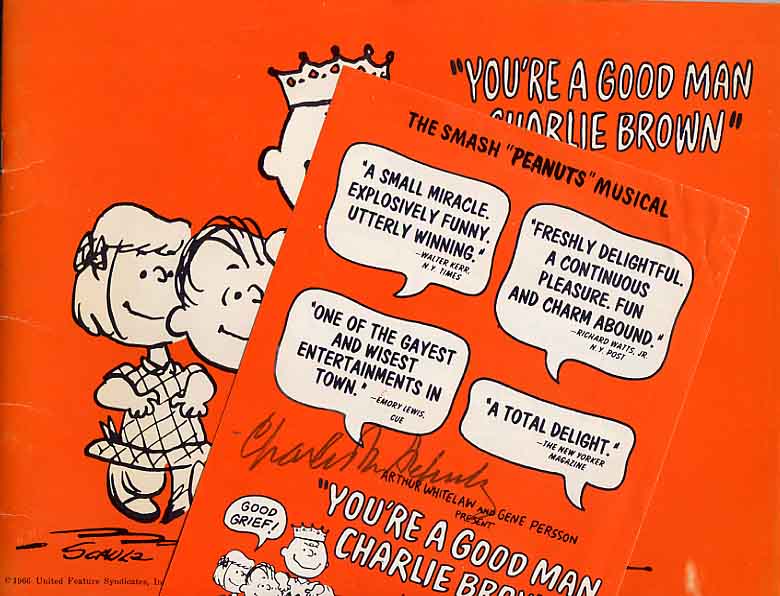 A rare original 24pg. souvenir program from the Off-Broadway musical hit of the late sixties "You're A Good Man Charlie Brown" that was based on Charles M. Schulz's Peanuts comic strips. LAID IN THE PROGRAM IS A HERALD PRINTED IN ORANGE AND BLACK THAT HAS BEEN SIGNED BY CHARLES M. SCHULZ. Includes an intro. by Schulz, along with many drawings of the peanuts gang along with photos from the show. Two small rubbed spots on the front cover of the program, and faint creasing to the corners of the herald. Vg.
View More... 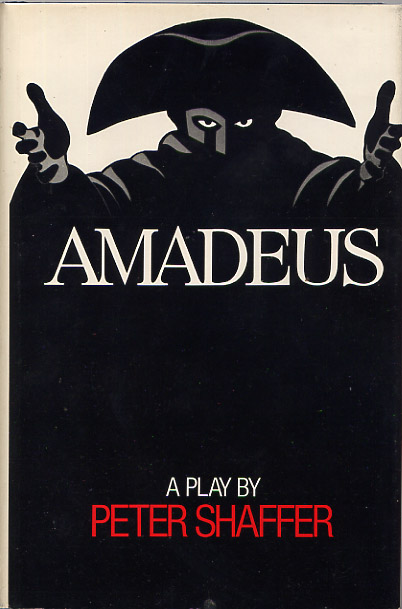 REVIEW COPY WITH MATERIAL LAID IN. The Tony award winning play about Mozart and his rival Salieri that was made into an Oscar winning movie in 1984. This is a beautiful unread fine copy in a fine dustjacket.
View More...

Presskit for the Film Othello That Starred Laurence Fishburne

LAID IN THE PRESSKIT IS A SMALL WHITE CARD THAT HAS BEEN BOLDLY SIGNED BY LAURENCE FISHBURNE IN BLUE INK. Very nice presskit for film version of the tragic tale that starred the fine actor Laurence Fishburne as the proud Moor. Filmed many times including versions that starred Laurence Olivier and Orson Welles. Also in the cast was Irene Jacob and Kenneth Branagh. The presskit includes 9 stills some of which have 2 scenes to a sheet along with 29 pgs. of publicity material. Set in a near fine folder.
View More...

Much Ado About Nothing

By: Shakespeare, William, Branagh, Kenneth, Screenplay, Introduction and Notes By

The screenplay for Kenneth Branagh's all star movie adaptation of the play by the Bard. The cast included Branagh, Emma Thompson, Densel Washington, Keanu Reeves, Imelda Staunton & Kate Beckinsale. Includes the full screenplay, a behind the scenes look at the making of the movie and many b&w & color stills and portraits. LAID IN IS A LETTER FROM THE SAMUEL GOLDWYN COMPANY TO A MEMBER OF THE ACADEMY PROMOTING THE MOVIE AND THE BOOK. Fine.
View More... 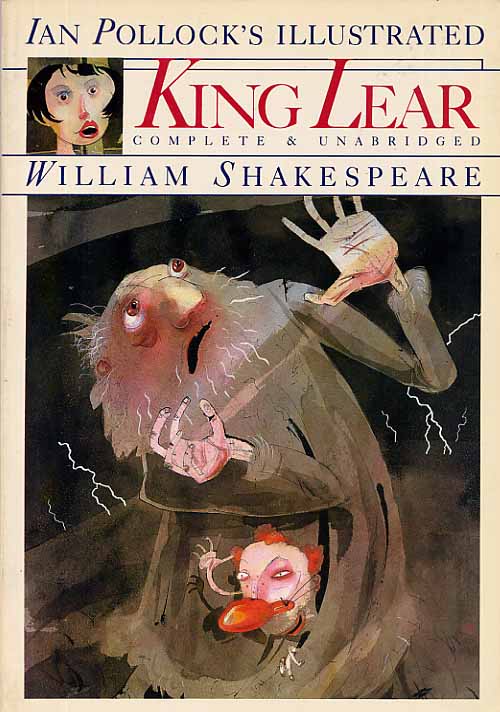 Lavish, intricate, beautifully colored graphic adaptation of King Lear by Pollock who has done 100's of frames in his own distinct style.
View More... 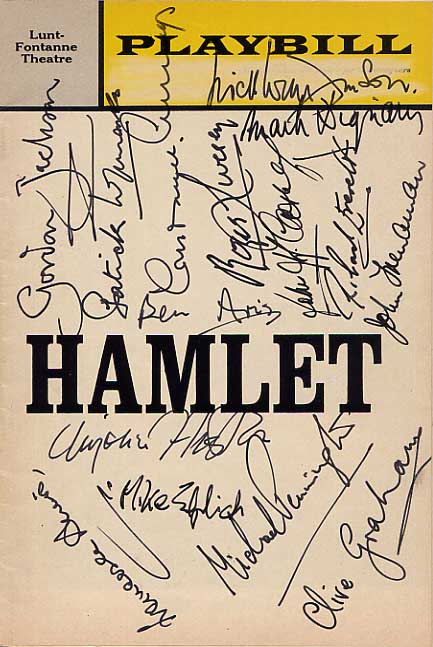 AN OPENING NIGHT PLAYBILL THAT HAS BEEN SIGNED BY MOST OF THE CAST INCLUDING, NICOL WILLIAMSON, CONSTANCE CUMMINGS, GORDON JACKSON, ROGER LIVESEY, FRANCESCA ANNIS AND OTHERS. Directed by Tony Ricardson who did not sign. Also in the cast as courtiers, soldiers, players was a young Anjelica Huston who also did not sign. Vg.
View More... 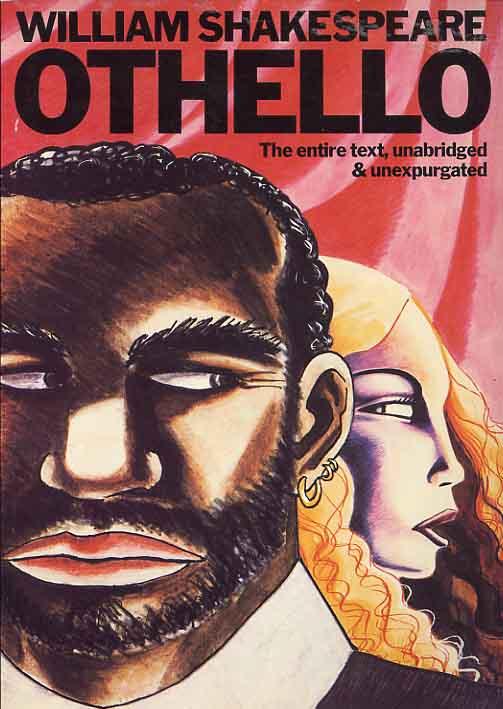