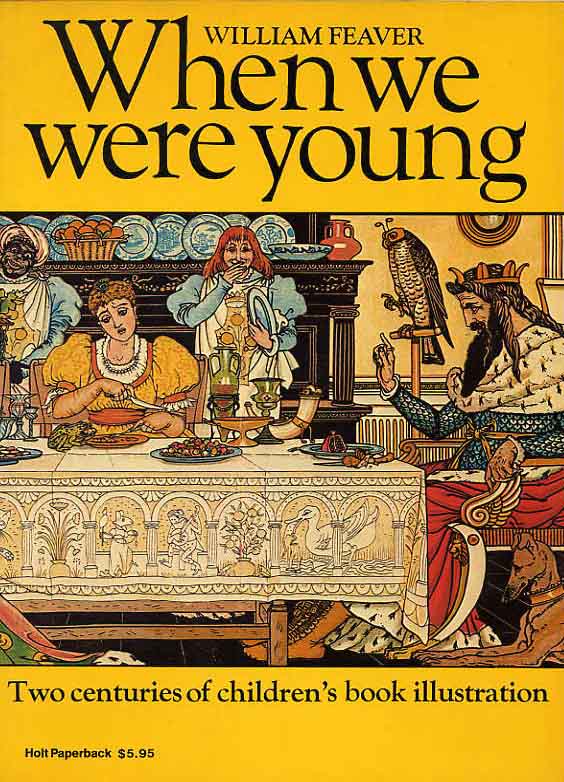 When We Were Young. Two Centuries Of Children's Book Illustration.

SIGNED BY JULES FEIFFER. Illustrated novel for young readers about a boy who dreams of being a cartoonist. Illustrated throughout with Feiffer's drawings. Blurb by Art Spiefgelman. There is a faint sliver of a damp stain to the edge of the back panel of the dustjacket. Fine/vg+
View More...

INSCRIBED & SIGNED BY JULES FEIFFER. Illustrated novel for young readers about a boy who dreams of being a cartoonist. Illustrated throughout with Feiffer's drawings. Blurb by Art Spiefgelman. Laid in is a 6pg. foldover brochure for the theatre club printing of Feiffer's play "Knock Knock" which has small artwork by the author and cartoonist. Fine/fine.
View More...

A Barrel of Laughs a Vale of Tears

INSCRIBED AND SIGNED BY JULES FEIFFER. Feiffer's 2nd book for young readers. Illustrated throughout with his b&w drawings. Fine/fine. Laid in is a a copy of The Dramaitst Guild Quarterly for winter 1987 which has an 10pg. conversation between Feiffer and Christopher Durang.
View More...

The Boys And Girls Film Book

History of film with the emphasis on how movies get made. Inclds. chapters on cartoon films, early history & more. Illus.w. 56 stills on plates incld. 4 in color. Unfortunately lacking its Donald Duck dj. Tiny soil. to front edge. Vg+.
View More... 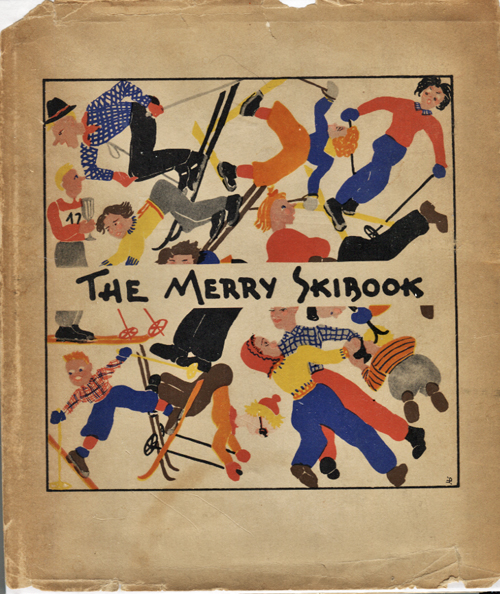 Charming childrens book on skiing with 18 nice color panels printed in primary colors along with short rhyming text & printed accordion-style. The rare book has minute wear to the edges of the boards, The interior pages are vg. and generally clean with one page having a light crease. The scarce dustjacket has light wear some small chips and browning which is common with this book and a book this old. Former owner's name on the front pastedown has been inked out. Overall a vg copy in a vg dustjacket. The acordian pages are loose from the binding.
View More... 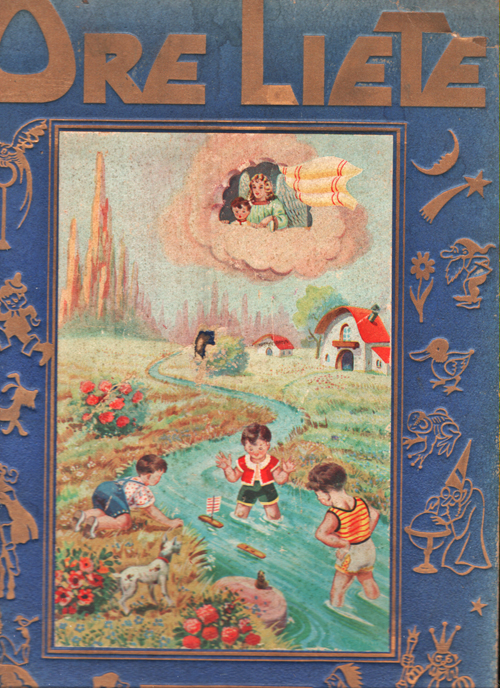 TEXT IN ITALIAN. A rare and unusual children's book that survived the war. Published in 1941 the book is beautifully illustrated with large full color drawings of children at play and at other activities. Beautifully colored. The covers have a colored tipped on drawing surrounded by embossed small drawings. There is a rather large water stain to the back cover, but happily it has not reached the interiors due to the thickness of the boards.Some of the drawings have fascistic themes. Vg.
View More...

Down In The Garden Photo Collection Portfolio

Cute cuddly collection of 12 images (10 are in color and two in b&w) from Geddes bestselling book Down In The Garden. Each image is printed on heavy paper stock and measures 14" x 11" and is set in a nice heavy cardboard protective portfolio. Also included is a separate foldover card with information on each photograph. Some people might find this take on babies as not so cute, but these little babes are hard to resist. Fine/fine.
View More... 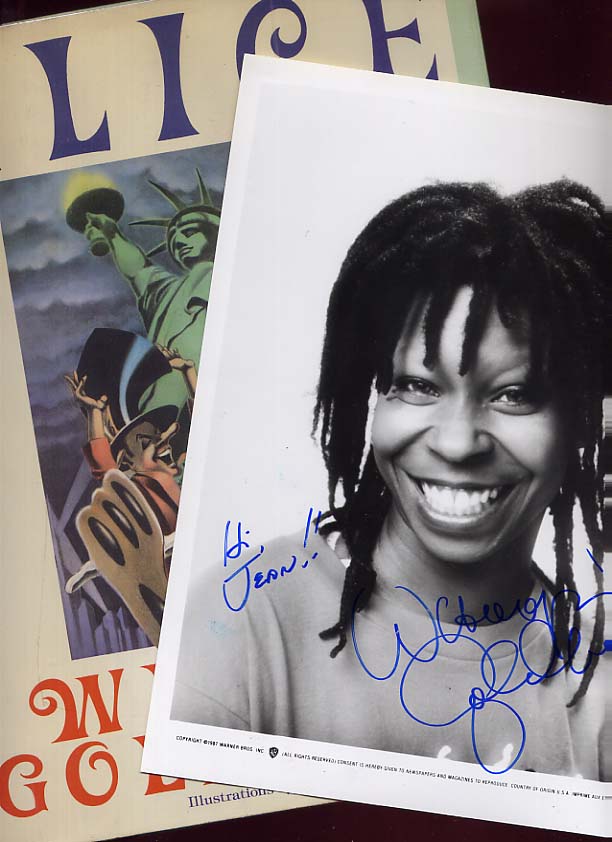 An innter city Alice in a not so wonderful wonderland. The Actress's 1st childrens book. Fine/fine. LAID IN IS A NICE SMILING 8" X 10" PUBLICITY PORTRAIT OF WHOOPI FROM 1987 THAT HAS BEEN INSCRIBED AND SIGNED BY HER IN BLUE INK.
View More... 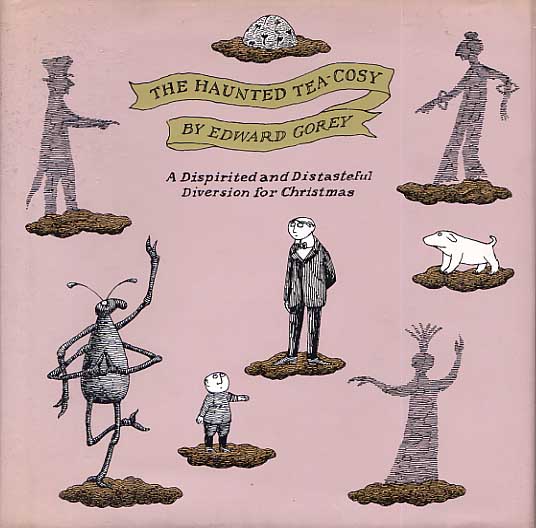 The Haunted Tea-Cosy. A Dispirited and Distasteful Diversion For Christmas

Lovely early book on the history of the Wizard of Oz books. Includes material on Oz's many appearances on stage,screen & television along with the many products that Oz inspired. Nicely illustrated with 250 photos & illustrations including 16pgs. in color. Fine/fine.
View More... 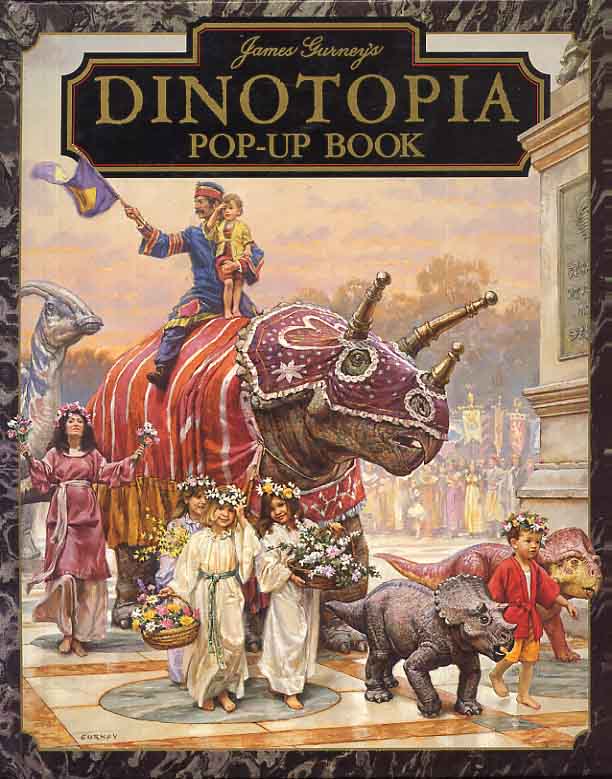 Quite nice pop-up book based on the popular children's book Dinotopia featuring 5 double page full color elaborate and spectacular pop-ups along with pull-tabs. A near fine copy.
View More...

INSCRIBED AND SIGNED BY VIRGINIA HAMILTON. Prize winning author's young adult novel about a 12-year-old "mixed" child and her struggles growing up in a small town. Fine/fine
View More...

By: Hamilton, Virginia, Illustrated By Leo and Diane Dillon 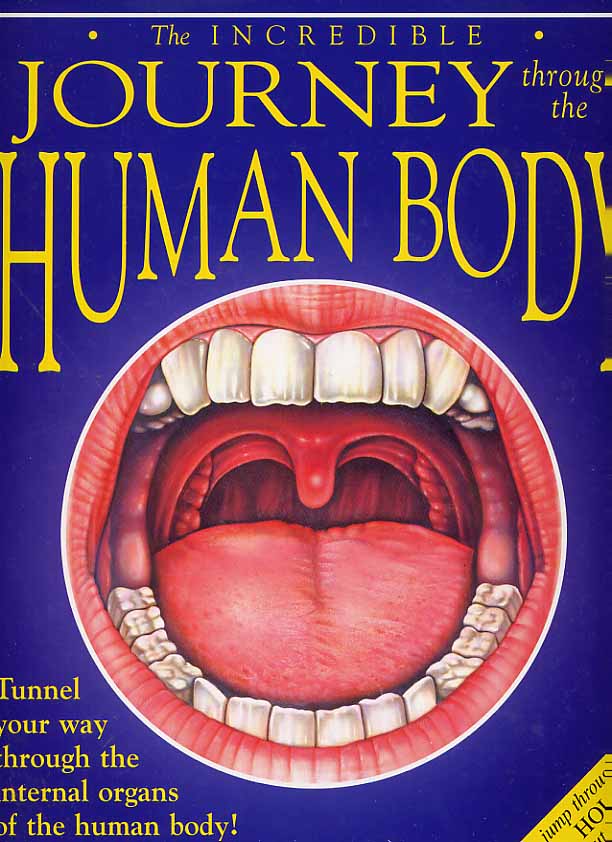 The Incredible Journey Through the Human Body

Terrific beautiful full color book on the human body that allows the viewer to go inside the incredible places inside the heart, lungs, kidneys, brain and more with the help of die cut holes in each page. Includes a glossary. Printed on heavy glossy paper. Fine.
View More... 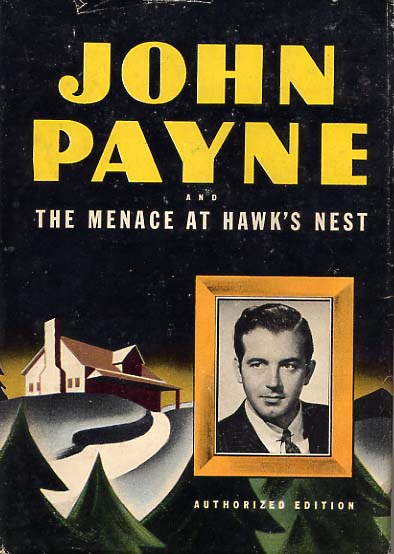 John Payne and The Menace At Hawk's Nest

Mystery thriller using real life movie star of the 40's John Payne as the hero. Illustrated with drawings. One of the many mystery and adventure titles published in the 1940's by Whitman for boys and girls using real movie stars as the heroes and heroines. Pages brown with age, but a tight vg. copy with very minute dj. wear.
View More...

A City In Winter

Fantasy tale by the author of Winter's Tale, highlighted by 13 superb full page full color illustrations by the fine illustrator Chris Van Allsburg. This is their second collaboration together, the first one being the equally lovely "Swan Lake." Except for a short mended tear to the top edge of the front panel of the dustjacket this is a fine unread copy in a near fine dustjacket.
View More...