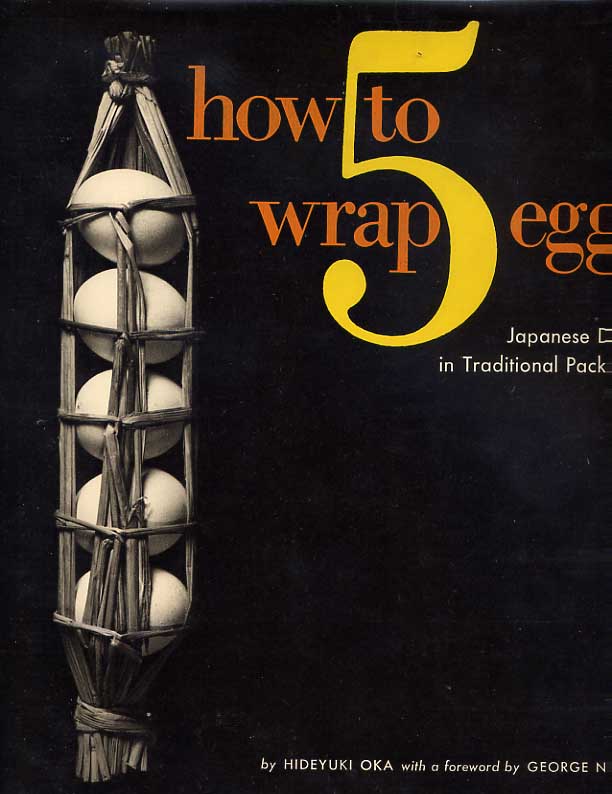 How to Wrap 5 Eggs: Japanese Design in Traditional Packaging

A classic book on Japanese traditional packaging with 222 wonderful examples of all types of packages for food and other products. Illustrated with well printed b&w grauve photographs by Michikazu Sakai along with some nice color plates. Includes notes on all the packages. Very light tonning to the edges of the pages which is quite common with this uncommon book, and a touch of wear to the bottom edges of the boards. Price clipped. Near fine/near fine.
View More... 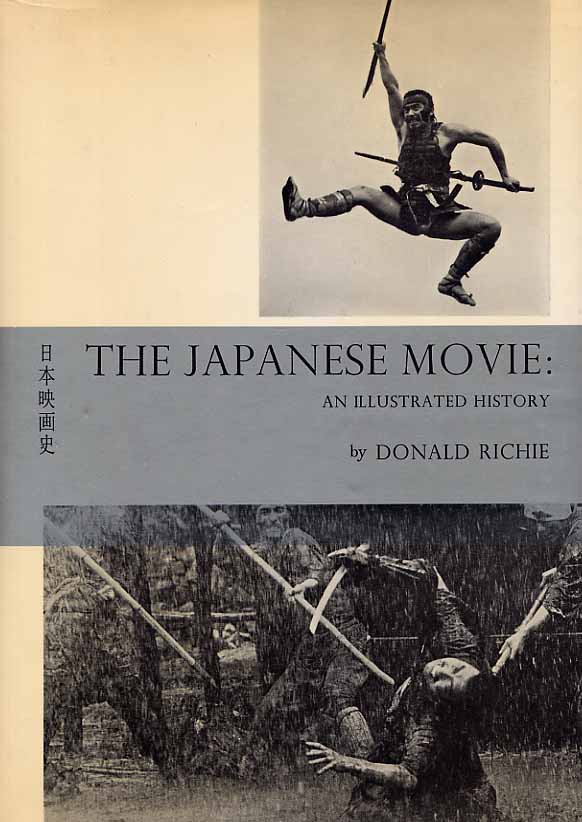 TEXT IN ENGLISH. Handsome picto. history of the Japanese film by the foremost western authority on this subject. Well illustrated with 100's of b&w stills printed on glossy paper. Two tiny spots to the front endsheet, price clipped & a tiny imperfection to the edge of the half title pg. Very minute wear to the dustjacket. An uncommon book. Near fine/near fine. Laid in is a large postcard with an image of Rashomon. Also laid in is a small 16pg. brochure for a film series "The Dark Side Of The Sun. John Zorn on Japanese Cinema that was held at The Japan Society in NYC in 2014..Laid in also i...
View More...

The Films Of Akira Kurosawa.

By: Richie, Donald with Additional Material By Joan Mellen

Revised edition and still the definitive book on the great Japanese director that covers in full & rich detail his films inlcuding new chapters on Dodesukaden, Dersu Uzala and Kagemusha. Illustrated with over 143 finely printed stills.Laid in are postcards for a 2002 tv. show on his career that was broadcast on Great Performances. Fine
View More... 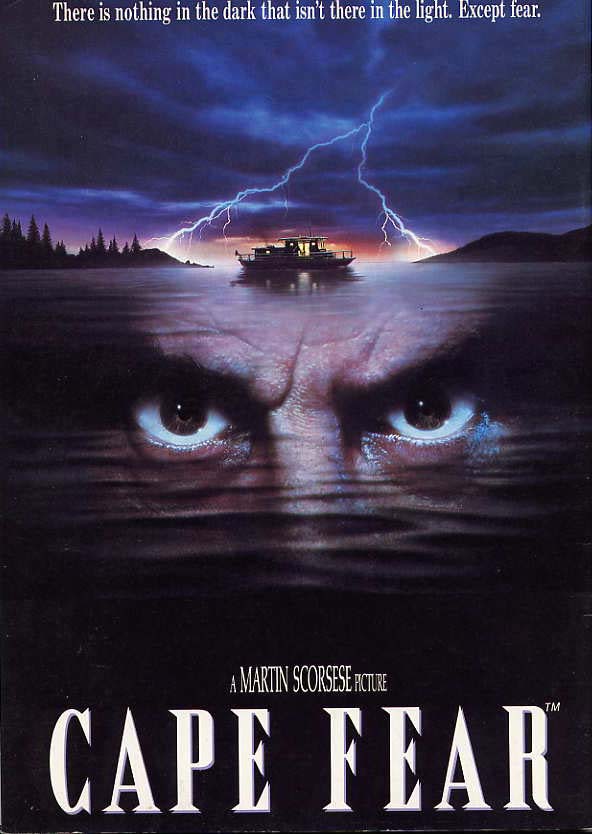 TEXT IN JAPANESE. Wonderful Japanese film magazine focusing on popular American movies & movie stars of the period. As usual with Japanese graphics and design they are superb. The magazine is full of b&w and some color photos, portraits & movie ads + there are spreads on James Dean & Audrey Hepburn. There is also a fold-out sheet music for the song from "Somebody Up There Likes Me." Printed on grauve stock & newsprint, the mag. is missing its' outer wraps. & there is average light wear & some faint corn. folds. A nice 50's visual treat. Vg.
View More...

TEXT IN JAPANESE. 182pg. Japanese fan magazine with much material on American films of 1956. Illus. w. 100's of stills & photos & some very nice graphics as only the Japanese can do. Nice ads for Presley's "Love Me Tender" & "War And Peace" with Aud rey Hepburn. Minute mends to back wrap. & minute faint spotting to bottom of some of the last pgs. Missing its covers, otherwise good.
View More... 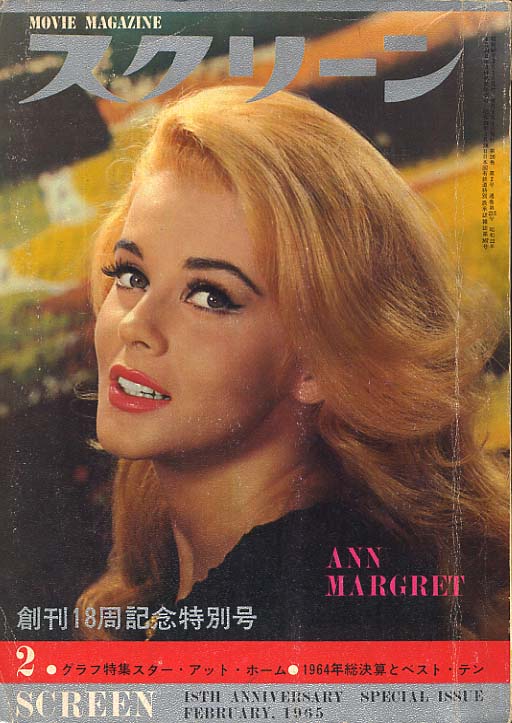 TEXT IN JAPANESE. Scarce 320 Japanese movie magazine focusing on Hollywood and foreign films for 1964-1965. Printed on several different stocks of paper the magazine includes movie ads, fold-outs including Elvis Presley sheet music for Roustabout, color portrait of Sean Connery from Goldfinger, and a special section of movie stars at home and 100's of photos and stills. Ann Margret color cover. Minute chipping to the bottom of the spine panel, otherwise a vg. copy of a rather scarce item.
View More... 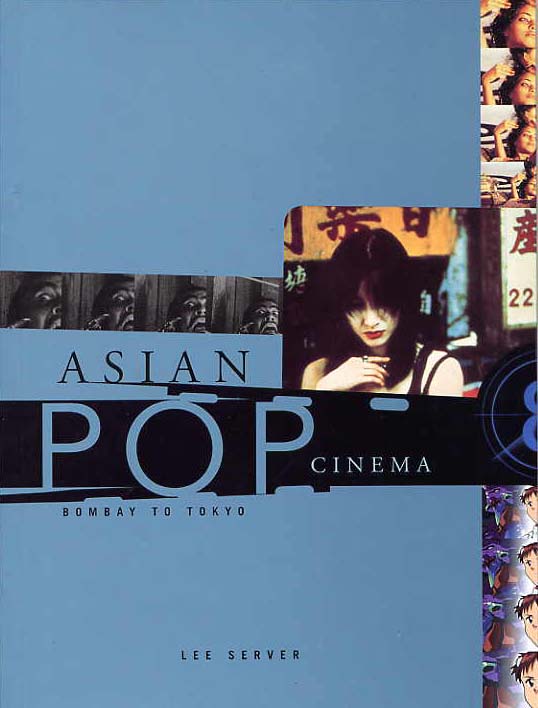 TEXT IN JAPANESE. The definite work on the subject of Kabuki costumes and makeup by the foremost Japanese Kabuki specialist. Illustrated with 363 illustrations including 25 beautiful full color tipped in plates along with 100's of illustrations in black and white and sepia. Comes with a small 20pg. Supplement in English. The covers are printed with a japanese motif on deep purple texted cloth along with nice designed endsheets. Set in a very handsome heavy cardboard slipcase. Not dated but most likely from the early 60's. Very uncommon. Fine in a fine slipcase.
View More...

By: Sondheim, Stephen, Music and Lyrics By, Weidman, John, Book By,

INSCRIBED AND SIGNED BY STEPHEN SONDHEIM. Complex musical about Commodore Mathew Perry's 1853 expedition to Japan. Although it only ran for 193 performances during its original run, it received many Tony nominations and is a cult favorite among Sondheim fans. 18pgs. of photos + an Al Hirschfeld drawing opposite the title page. Inscribed copies of this title are scarce indeed. Minor soiling to the white back panel of the dustjacket. Fine/near fine. Laid in is a playbill for the recent smash revival of Gypsy that has Patti LuPone in the lead.
View More...

By: Sonobe, Kiyoshi, Photographs By. Sakamoto, Kazuya, Text By. Translated By Charles Pomeroy

Remarkable book on the history of Japanese toys that was originally published in Japan in 6 parts, and published here for the 1st time in one volume. Illustrated with nearly 400 full page gravure photos and twelve color plates with sections on the different districts the toys come from. Fine/fine.
View More...

A superb copy with the acetate dustjacket in perfect condition for a horror novel that was first made into a film in Japan and then remade in this country. Jacket design by Chip Kidd. Fine/fine
View More... 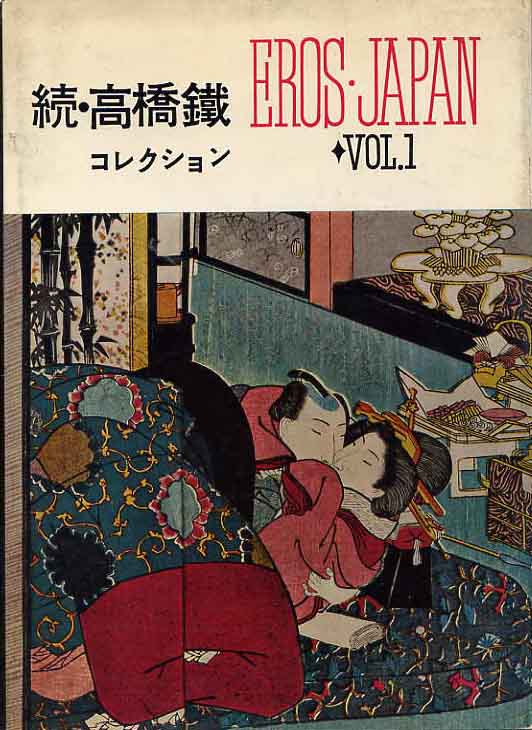 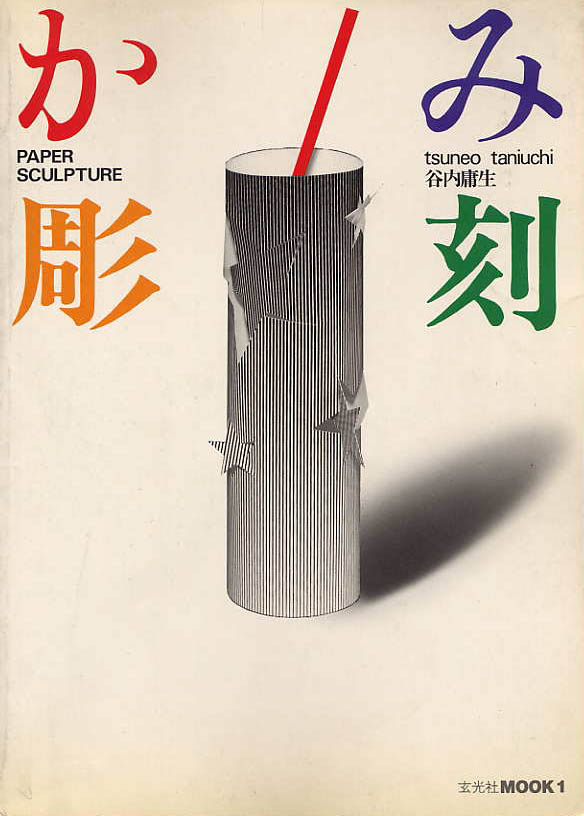 TEXT IN ENGLISH AND JAPANESE. Nice how to book on the making of paper sculptures including animals, stars, mobiles and more by a leading Japanese designer. Includes instructions, patterns and many photos both in color and b&w. Printed on heavy stock paper. Very light wear & soiling to the white covers. Vg+
View More... 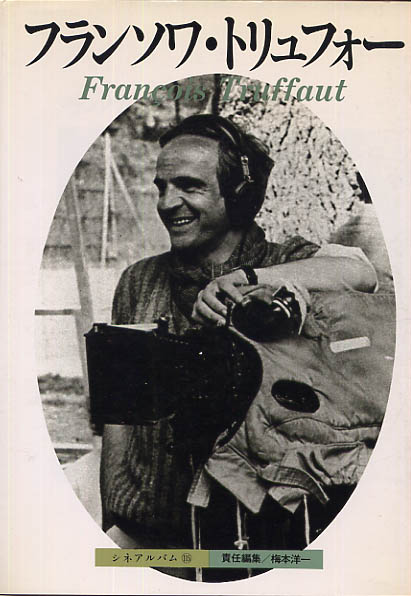 TEXT IN JAPANESE. Stunning pictorial on the career of the late great French director. The book is beautifully illustrated with 100's of b&w photos & stills, including a section in color. There is very little text. Fine/fine. Uncommon.
View More... 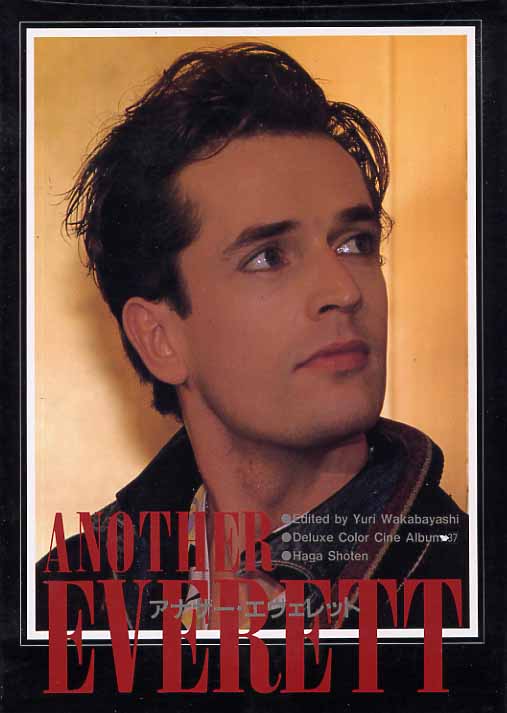 TEXT IN JAPANESE. Beautiful 103pg. glossy book on Rupert Everett that is illustrated with many full color & b&w photos & portraits. The Japanese text is minimal. Fire. Laid in is a nice color folder for Blithe Spirit which starred Everett.
View More... 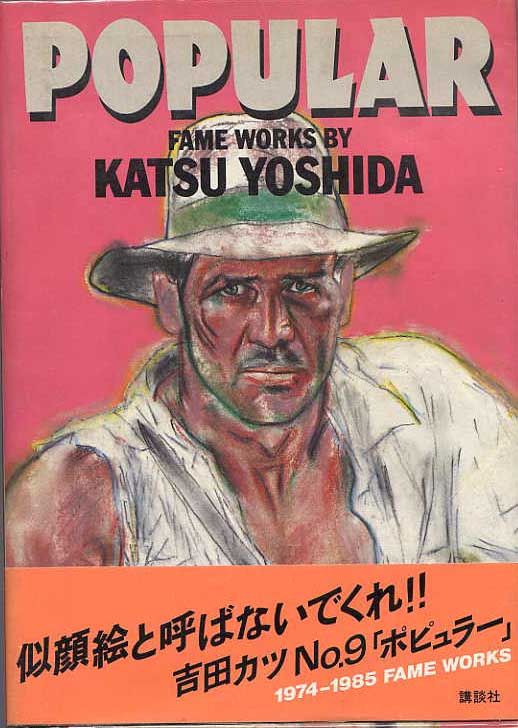 By: Yoshida, Katsu, Illustration & Words By